Shares
Mariah Carey has a lot on her plate -- from her reality series to new music to voice acting -- and she recently reclined in a scintillating negligee for a Facebook Live where she answered fans' questions about her forthcoming projects. 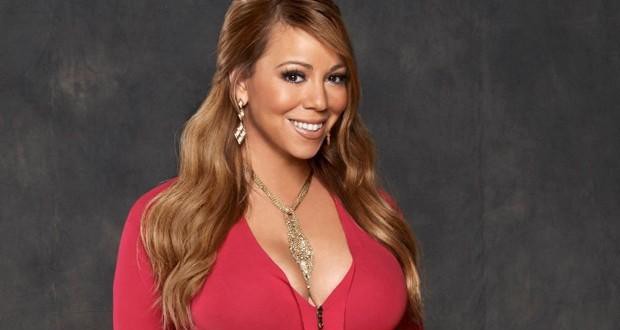 Mariah Carey made it clear that she’s focusing her energy toward creating new music, like her latest single, “I Don’t,” which was inspired by her breakup with billionaire businessman fiance James Packer, according to ET Online.

Carey, who first teased the new track on Sunday’s Mariah’s World, released the song on iTunes shortly after her Facebook Q&A, and revealed that the music video would be coming out on Friday.

For the time being, the singer said she’s not really interested in working on a new album, but simply creating singles.

“I’m gonna be doing singles, because it’s more fun for me to just write singles and not focus totally on doing one whole album,” Carey shared. “It seems like a lot more fun to just sit down, write a single, collaborate.”

“Hopefully, at the end of that process, there will be an album and I can give it to you guys with some new songs as well as the songs that I’ve been working on,” she added.

“I’m working on another song [right now], it’s a secret project with a friend of mind that’s an incredibly talented artist,” she teased. “I’m not gonna say his name, but you’ll hear about it soon and we’re going to be working on the video soon.”

She’s also excited about a new song she’s working on with her 5-year-old twins, Moroccan and Monroe.

“We recently did something together in the studio, and it’s one of my favorite things,” Carey marveled. “I don’t want to go on too much about it, but they’re doing their thing.”

According to the proud mom, her kids have really taken a shine to performing in the spotlight. She shared, “They love to be on stage, they love singing, and it’s one of the most incredible things for me to watch.”

Another project she’s been working on, that fans will get the chance to enjoy soon, is her role in the hotly anticipated animated action comedy The Lego Batman Movie.

“I play the part of the mayor,” Carey shared, confirming the news that she’ll play Mayor McCaskill, an original character created for the film. “I think the movie’s going to be great.”

She also revealed that she’ll be attending The Lego Batman Movie‘s upcoming red carpet premiere on Saturday, the weekend before the movie opens in theaters.

When a fan told her that they’re “obsessed” with the show, Carey laughed and said, “I’m kind of obsessed with it too, in my own way.”

“We’re gonna see what happens,” she added, referring to the possibility of a second season. “It was fun, and a lot of different twists and turns happened. I hope you guys liked it.”