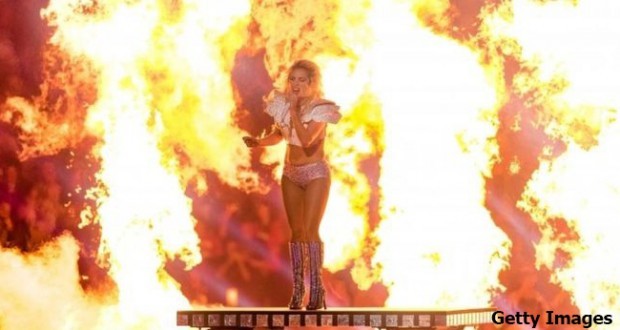 Gaga’s 13-minute halftime performance included all three of her No. 1 songs on the Billboard Hot 100 chart (“Just Dance,” “Poker Face” and “Born This Way”) along with top 10 tunes “Telephone” and “Bad Romance,” and recent single “Million Reasons.”

Further, with just one day of sales, “Million Reasons” scores its best sales week ever. So far, the song — which was released last October — saw its best sales frame in the week ending Dec. 8, 2016, when it sold 44,000 from all digital retailers.

Joanne was Gaga’s biggest-selling digital album on Super Bowl Sunday, with over 12,000 sold (up 1,077 percent compared to its previous day: a little more than 1,000).

Gaga’s second-biggest selling digital album on Sunday was The Fame Monster — home to both “Bad Romance” and “Telephone” — with about 6,000 sold (up from nearly nothing the previous day).

It’s expected that the sales surge Gaga is seeing from her Super Bowl halftime performance will continue on through the days following the game, leading to impact on Billboard’s charts dated Feb. 25 (reflecting sales data for the week ending Feb. 9).