Donald Trump is being mocked by literally all of Europe

Shares
Spoof tourism videos perfectly mimicking Donald Trump have been spreading across Europe and going viral, in what appears to be a co-ordinated trolling effort by comedians across the continent. 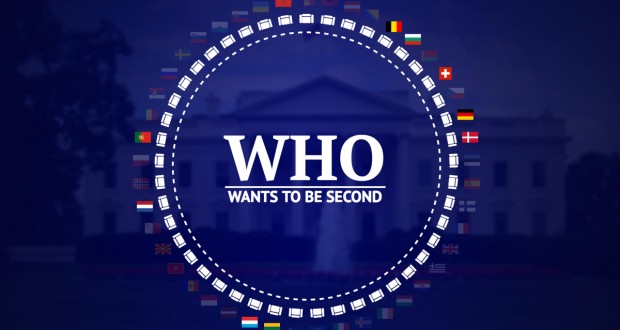 After Trump vowed to put “America first,” late-night shows in different European countries have been stating all the reasons why the Donald should put their respective countries second. It all started with a video from the Netherlands and has spread to Switzerland, Lithuania, Luxembourg, Portugal, Belgium, Germany, Denmark, Italy, France, Bulgaria, Slovenia, Mashable reports.

There is even a website called ‘Every Second Counts’ curating the English-language videos in a catchy visual.

So who’s behind it?

After the Dutch video went viral (it was made by the show “Zondag met Lubach”) German writers of the satirical show “Neo Magazin Royal” sent an email to other European late-night shows inviting them to make similar parodies.

“We decided to stand up to Trump humorously as a new action. That’s why we are planning to follow our Dutch colleague Arjen Lubach’s example and produce a German version of their excellent video,” said the email, according to a source at the Lithuanian Laisvės TV channel.

The editor of the Danish show ’Natholdet’ also confirmed that Germany had reached out to them.  “Holland made the original video a few weeks ago. Germans contacted a number of European talkshows with an invitation to make local versions where each country is told to speak to President Trump with a call that their country should be second,” said editor Karsten Holt.

“We’re a very small team but we wrote and produced ours last week,” he said. “We’re very happy with the reaction so far. More people have seen the video than the number of people living in Switzerland.”

Germany has played down its role in making all of this happen and stops short of taking any credit. A spokeswoman for “Neo Magazin Royale” said the show followed the Dutch example as “we were all indignant and followed suit” but denied that it was Germany to launch the initiative.  “We are just happy that a lot of countries are joining!” spokeswoman Gilda Sahebi said.

Despite its protestations, it is plausible that the German show rallied others to troll Donald Trump. Its host Jan Böhmermann has a form on speaking out. Last year, his satire of Turkish president Recep Tayyip Erdogan caused a political scandal in the country.

The American behind that voice

The man behind the Trump voice in the Dutch video is an American comedian based in the Netherlands.

Greg Shapiro has a ‘Daily Show’ on YouTube called “United States of Europe”. “The Dutch show asked me to do a voiceover for the spoof video and initially they wanted someone to read it neutrally,” he said. “Then I tried a very Trumpy voice and that seemed to work better.”

Among other things, Shapiro teaches “How to do a Trump impression when you have large hands” and has a stage show in Amsterdam’s Boom Chicago Theatre called “Trump up the volume”.

Shapiro had a eureka moment about how to replicate Trump’s peculiar cadence during a theater performance a year ago.

“A partner was on stage doing more of a Trump’s New York accent. Suddenly I realised Trump has more of a Californian surfing dude accent. He doesn’t sound very New York at all. More like the surfing guy who asks you to grab the board and go to the beach. That was my moment.”

So any tips on how to do a perfect Trump impression? Shapiro’s suggestion is simple: don’t overdo it. “He’s already crazy as he is.”