Shares
Kendall Jenner and Gigi Hadid got to share the cover of Vogue for the first time in their Great Beauty Shakeup issue, on newsstands February 21. 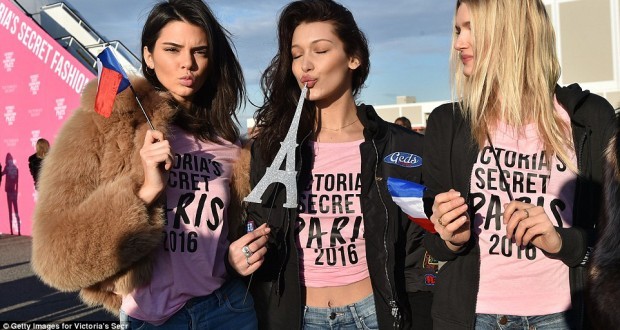 Kendall Jenner and Gigi Hadid are joined on the cover by a group of models who are all working to challenge the traditional ideas of beauty including Ashley Graham, Adwoa Aboah, Liu Wen, Vittoria Ceretti and Imaan Hammam, Joinfo.com reports with reference to Just Jared.

Kendall posted on Instagram the cover of the issue with caption: “Vogue, March issue, with all these lovely ladies.” 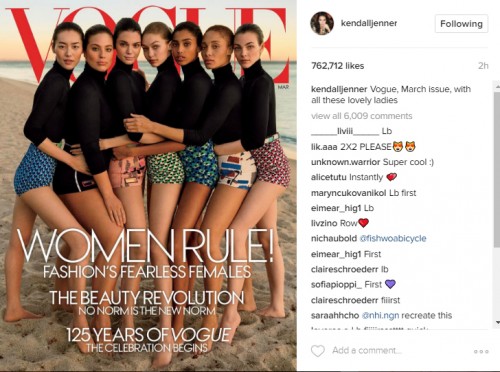 The ladies opened up about the uniqueness of the cover and breaking traditional beauty standards. Check it:

Kendall on the diversity of her Vogue cover: “This is my second Vogue cover, and to be sharing that not only with one of my best friends, but with all of these amazing women, is very meaningful for me. With all that’s going on in the world, this cover makes such an important statement. It’s like, hey, we’ve got our differences, but those differences are beautiful. Everyone is beautiful.”

Gigi on wanting the fashion industry to be more inclusive: “Most of the people I know in this industry are compassionate and open-minded, and they appreciate creativity and originality. It’s like, can’t we just honor that? I mean, look around. These are the people actually making fashion. All types, all working together to make magic.”

Ashley on plus size representation: “Sixty-seven percent of the women in America wear a size 14 or larger. Sixty-seven percent. Maybe you could ignore those consumers before, but now, thanks to social media, they’re making their voices heard. Women are demanding that brands give them what they want. And what they want is to be visible.”

For a video clip with Kendall and more from the article, visit Vogue.com.