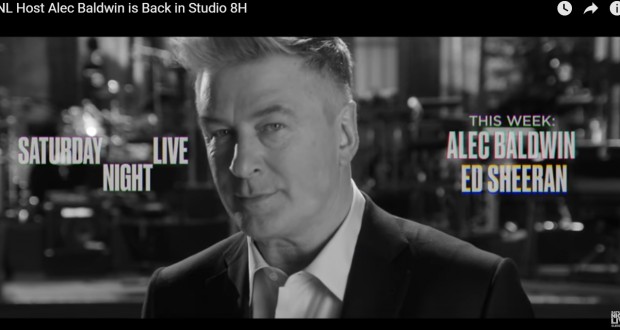 As Alec Baldwin tells the camera (and America) in a new promotional clip for the gig, “Oh, it’s a big deal,” according to Huffington Post.

Despite what President Donald Trump has claimed in recent tweets, the sketch comedy show is enjoying its most-watched season in 22 years. Its renewed relevance is largely due to the 2016 election and, of course, Baldwin’s beloved take on Trump.

Last weekend produced a particularly relevant episode, as Melissa McCarthy’s impersonation of White House press secretary Sean Spicer quickly became one of the most viral sketches the show has seen in a while.

It earned nearly 20 million views on YouTube in less than one week ― making it the sixth most-watched clip on the show’s official channel, just a few million short of its most popular.

But in the wake of McCarthy’s success, a report surfaced indicating Trump was upset that a woman had portrayed his male press secretary. So The Huffington Post took the liberty to imagine which female comedians might play the rest of Trump’s top aides.

Over Twitter, House Minority Leader Nancy Pelosi (D-Calif.) called it an “interesting idea.” There’s been no word so far from Lorne Michaels.