Taylor Swift Has A Doppelganger And The Internet Is Freaking Out

Shares
She’s one of the most famous people on the planet – but there may be more than one Taylor Swift after the internet found her doppelganger. 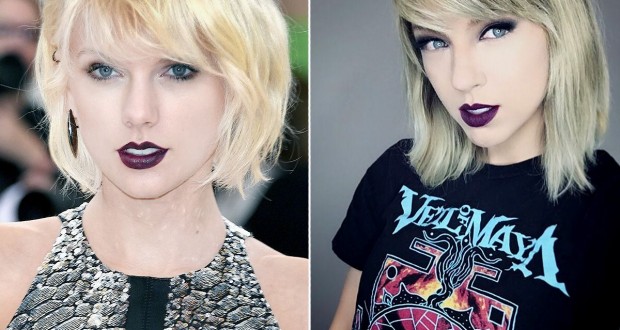 Swifties couldn’t believe their eyes when they first saw pictures of April Gloria, who uploads snaps to Instagram of herself copying the You Belong With Me singer’s looks, according to Metro. 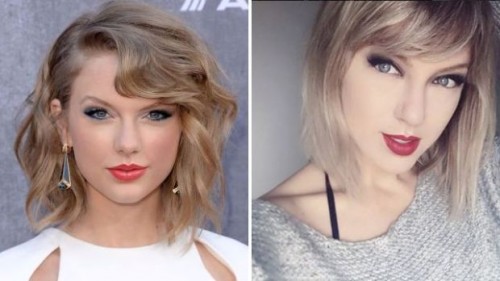 The make-up artist even went as far as copying the singer’s trademark new bob when the starlet switched up her hairdo.

As well as copying the iconic red lips and winged eyeliner that Taylor has become known for, April has also branched out to replicating looks from her music videos.

She uploaded a snap online of her in a red wig just like T-Swizzle during the Bad Blood days. Amazing.

In fact, April looks so much like the star it’s left some people a little bit baffled, with some struggling to tell one apart from the other. 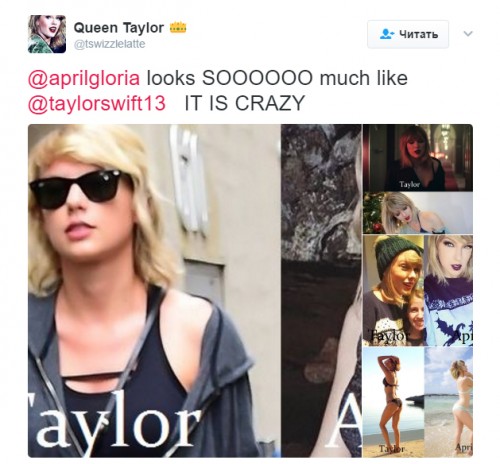