Pokémon Go is getting 80 new pocket monsters this week

Shares
The developer – Niantic - has announced that 80 new pocket monsters are coming to the mobile game later this week. 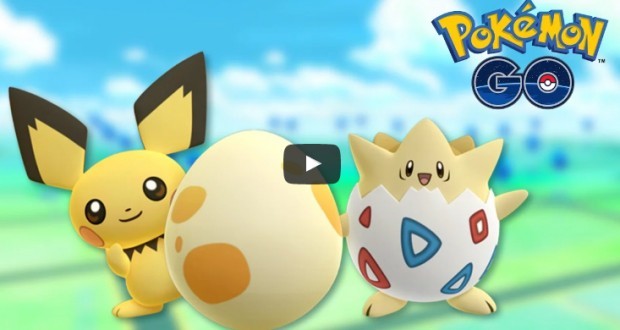 Pokémon Go is getting a whole lot bigger very soon. 80 new monster are on their way this week. The new recruits will be culled from the Johto region from Pokémon Gold and Silver, and will include the likes of Chikorita, Cyndaquil, and Totodile. Unlike previous additions like Pichu and Togepi, players will be able to encounter the new pokémon in the wild, instead of just hatching them from eggs, Joinfo.com reports with reference to The Verge.

The update will cover more than new creatures to collect. Pokémon Go will also be getting what developer Niantic describes as “new encounter gameplay,” as well as two new types of berries — including one that slows down opponents — and additional outfit options to deck out trainers. There are also new evolution items that can be used to evolve the new additions to the game.

This is one of the biggest updates to the game since its debut last summer, and according to Niantic CEO John Hanke, there’s more to come as well. “Pokémon Go is a live experience which we’ll be continuing to support and evolve in new and interesting ways for years to come with new gameplay features, in-game and live events, more pokémon to discover, and much more,” he said in a statement.

Over the last few months the game has seen a number of new updates, including the addition of sponsored gyms and limited time in-game events. It also made its long-awaited debut on Apple Watch and launched in new markets like South Asia in December.