Miley Cyrus Spends Weekend With Family on the Farm

Shares
Miley Cyrus is having the best weekend with her family! 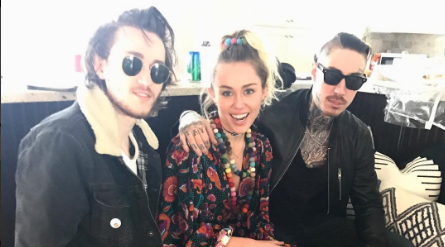 The 24-year-old entertainer took to Instagram to share a ton of fun photos from a farm in Nashville, Tenn, according to Just Jared.

She was joined by her brothers Trace and Braison, her sister Brandi, her mom Tish, and her dad Billy Ray.

Missing from the reunion was her sister Noah and her brother Christopher.

“Sugaaaaa Bear ❤️❤️,” Miley captioned the photo she snapped with Braison below.

Miley was likely in town to shoot an episode for Brandi and Tish‘s new Bravo show, Cyrus vs. Cyrus. Meanwhile, Miley‘s boyfriend Liam spent his weekend with family as well – he was spotted checking out the surf in Malibu, Calif., with his brother Luke Hemsworth on Saturday (February 18).