Shares
The nominations were a showcase for the diversity of British music, but in the end David Bowie dominated the 2017 Brit awards. 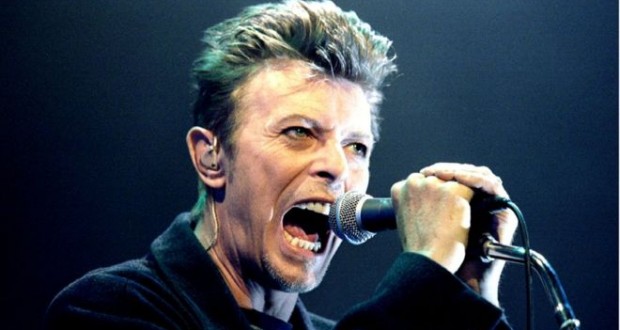 The star, who died last January, was awarded best British male and best British album, for his mournful swansong, Blackstar, Joinfo.com reports with reference to the BBC.

His victory meant that grime artists left without any trophies, despite a breakthrough year for the genre.

However, Skepta stole the show with a blazing performance of Shut Down.

South London MC Stormzy also joined Ed Sheeran on stage for a new version of his single Shape Of You; while Emeli Sande, the soul star who started out singing on tracks by Wiley and Chipmunk, won best British female.

Bowie’s wins were a fitting tribute to one of Britain’s most influential and groundbreaking musicians.

“This award is for all the kooks and all the people who make the kooks,” he said, referencing the song his father wrote for him as a child, from the Hunky Dory album.

As well as honouring Bowie, the Brits paid tribute to George Michael, who died on Christmas day.

His former Wham! bandmates Andrew Ridgeley, Pepsi and Shirlie, made an emotional speech, saying: “His beautiful voice will live on forever as a gift to us all.”

Coldplay’s Chris Martin then sang an understated but moving version of Michael’s A Different Corner, duetting with a recording of the star’s own voice.

So in the end, after all the thinkpieces and positive headlines, grime artists left the Brits empty-handed.

Is it enough that grime and urban music got nominated? Or does it look like the Brits invited these stars to the party, only to slam the door in their face?

It depends on how you view the ceremony. In pure sales terms, it’s the performances that matter – and Skepta’s powerful, thrilling rendition of Shut Down will undoubtedly give him a massive boost. Ed Sheeran inviting Stormzy on stage is a big deal, too… A seal of approval from one of pop’s biggest stars, that never felt opportunistic.

Emeli Sande’s win in the best female category will be held up as proof the voters aren’t colourblind. Likewise, the blink-and-you-missed-them international categories went to Beyonce, Drake and rap legends A Tribe Called Quest.

But if the awards matter (and they should), the Brits need to recognise the vigour of UK grime, not just reflect it.

Little Mix kicked off the show, carried above their dancers’ heads on sparkling thrones. The girl band later won their first ever Brit, best British single, for their anthemic pop song Shout Out To My Ex.

The X Factor graduates thanked each other on stage, hinting their success hadn’t been without its downsides. “If it wasn’t for our friendship, we wouldn’t still be going,” said Jade Thirlwall.

Katy Perry also put on a stunning performance of her new single Chained To The Rhythm, accompanied by two giant skeleton mannequins. One was wearing the red tie favoured by Donald Trump – echoing the song’s lyrics, which tacitly address the political upheaval in the States.

Other performances came from Emeli Sande and US dance act The Chainsmokers, who premiered a new single featuring Coldplay, Something Just Like This, where Chris Martin threw himself into the crowd.

Adele was recognised with the global achievement award – given to the British artist with the biggest overseas success. The singer, on a break from her world tour, accepted the prize by video.

Lifting the Zaha Hadid-designed trophy, the singer joked: “Have a great night and get a bit swervy, like her.”

MasterCard British Album of the Year
I Like It When You Sleep, For You Are So Beautiful yet So Unaware of It — The 1975
Winner: Blackstar — David Bowie
Made in the Manor — Kano
Love & Hate — Michael Kiwanuka
Konnichiwa — Skepta