The Oscars: What’s in the Academy Awards goodie bags?

Shares
A good party is never complete without a goodie bag, and the Oscars are no exception.

As it turns out, the unofficial goodie bags are less about goodwill and more about good business. Companies pay hefty prices for a spot in that bag, according to ABC News.

For 15 years, the company behind the gift bags has been Distinctive Assets.

Each year leading up to the awards ceremony, the company sends those nominated for an Oscar in acting and directing categories an Everyone Wins gift bag.

After finding out what is included in the bag, there is no doubt that everyone does in fact win.

The extravagant freebies range from luxurious vacations, to cosmetic procedures, to non-browning apples.

So, what exactly will the likes of Ryan Gosling, Emma Stone, Octavia Spencer, Dev Patel, Viola Davis, Casey Affleck and Meryl Streep be gifted this year, and how much are the gifts reportedly worth?

Here are some of the highlights: 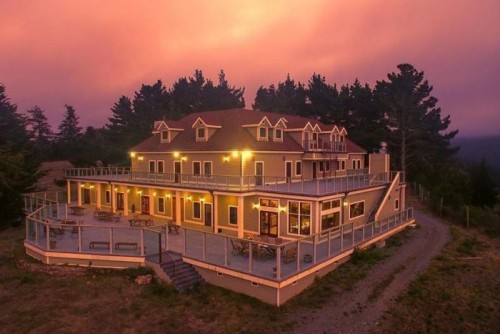 But this year, Distinctive Asset teased to a six-figure value on this year’s collection.

The company’s founder, Lash Fary, remained coy about the exact cost of each bag and insisted the company was not aiming to increase the value each year.

“A great gift has nothing to do with the price tag,” he said.

“We are desperately trying to move the conversation away from that point … especially when outlets simply make up alternative values to suit a headline.”

“At the end of the day, the movie industry is about allowing viewers to escape reality and enter a fantasy world,” he said.

“We hope we do that in some small way for these hard-working nominees … help them relax, unwind, unplug and indulge after one of the most intensely hectic weeks of their lives.”

Despite delivering the goods to celebrities for over a decade, Distinctive Assets landed themselves in hot water last year when they were sued by the Academy for using its trademarks on the bags.

The two sides were able to settle the issue under the condition that Distinctive Assets would make it clear the Academy had no association with the gift bags.

Companies are scrambling to get their product or services included in the luxury gift bags, with some paying up to $4,000 to be included, according to Forbes.

Some could think these luxurious freebies are wasted on the rich and famous, but the companies do not do it out of the goodness of their heart.

For a business, there is much to gain from a celebrity using a product.

As Mr Fary told Forbes in 2016: “We are gifting them for the same reason that they are paid upwards of $20 million for a single film … because their personal brand has value as a commodity”.