Shares
Katy Perry was sick with a fever and ended up in the bathroom during her first ever BRIT Awards. 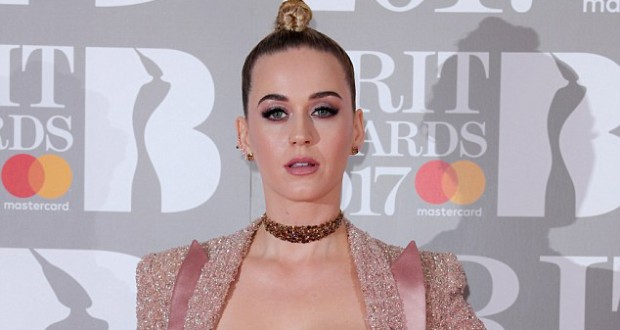 Katy Perry, 32, has revealed she was suffering from the flu when she made her debut at the British music ceremony in London in 2009, and was hurled up over the loo for ages before being found by Australian pop beauty Natalia Imbruglia and going on stage to collect her award for International Female Solo Artist, Daily Mail Online reports.

Appearing on Nick Grimshaw’s BBC Radio One Breakfast Show on Wednesday (22.02.17), she spilled: ‘The first time I went to the BRITs I had a flu of maybe 102, and I was so sick and I walked the carpet and they were like “You can’t go home” as they knew I was gonna win, and I was like, “Why am I here, I’m literally dying”.

Guys, one time I had the flu at the Brits in 2009 and… pic.twitter.com/YYuSGp3ZrD

‘I went to the girls bathroom and went under a credenza and Natalie Imbruglia pulled up the curtain and was like, “Are you alright babe?” and I was shivering with cold sweats and was like, “I’m supposed to be here at the BRITs, I think I’m getting an award.” ‘I had to stay and get the award and I just went straight to bed. It was tragic, it was my only connection with the BRITs.’ The pop star returned to the ceremony on Wednesday, where she performed her brand new single Chained to the Rhythm.

Katy said she finds it nerve-wrecking performing in front of her peers, especially Beyonce. 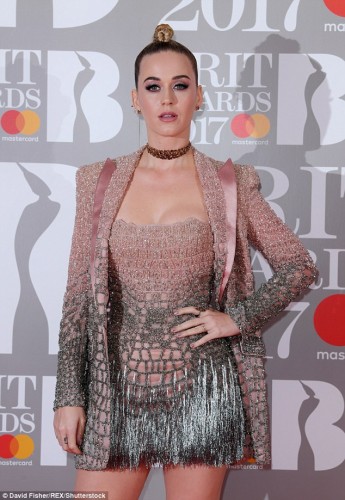 She said: ‘TV performances are my Achilles heel, because obviously I see my peers who I admire sitting in the audience, and I’m like “I’ll never be Beyonce, I’m just less than Beyonce.”

‘I’m me in my own way and I love being me, but shoot, Beyonce is so much better than everyone else, so it’s hard performing sometimes.’

Katy literally brought the house down as she performed her new track Chained To The Rhythm with Skip Marley during the awards show.

A makeshift housing estate moved to the sound of the beat as Katy roamed between dancers inside the pop-up buildings.

Giant skeletons dressed as Donald Trump and Theresa May, after the Prime Minister’s recent visit to the US, were introduced later on in the performance, with their operators skilfully propelling them to the centre of the stage. 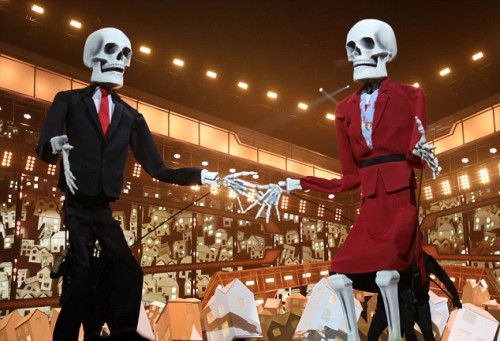 Katy’s performance wasn’t quite incident free, however, as one of her backing dancers walked straight off the stage with their view seemingly impaired by the house which they were within. 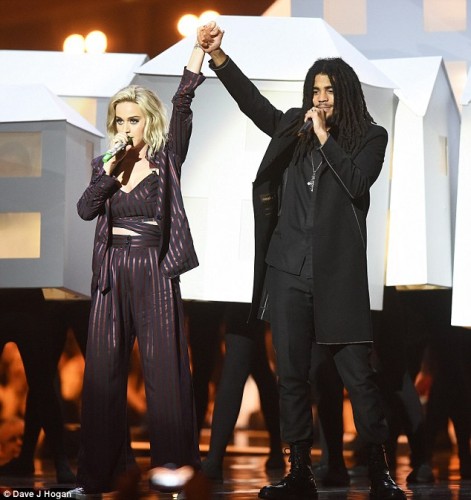