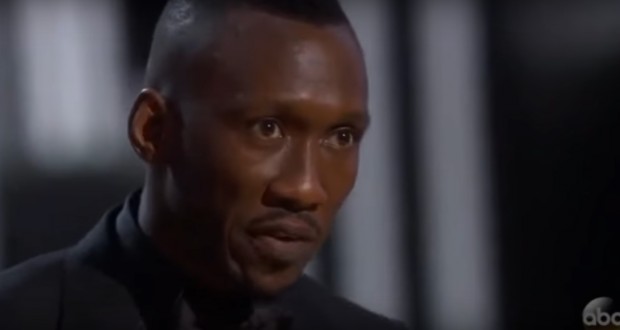 Mahershala Ali won the award for Actor in a Supporting Role at the 2017 Oscars Sunday for his performance in Moonlight, marking the star’s first Oscar win and nomination and making history by becoming the first Muslim actor to win one, Joinfo.com reports with reference to E! Online.

What he also won was our hearts, with a sweet onstage tribute to his wife and newborn baby daughter.

“I just want to thank my wife, who was in her third trimester during award season,” he said during his acceptance speech.

“We just had a daughter four days ago,” he said, drawing applause. “So I just wanna thank her for being such a soldier through this process and help and really carrying me through it all.”

The actor beat fellow nominees Jeff Bridges for Hell or High Water, Lucas Hedges for Manchester by the Sea, Dev Patel for Lion and Michael Shannon for Nocturnal Animals.

Moonlight that won Best Picture award depicts the coming-of-age story of a black man growing up in Miami during the War on Drugs era. Naomie Harris plays his mother, a drug addict.

Ali, who grew up in Oakland, California, also stars in another 2017 Oscar-nominated film—Hidden Figures.

Ali made his onscreen acting debut in 2001 playing Dr. Trey Sanders on Crossing Jordan. He later starred on shows such as The 4400, Treme, Alphas, Netflix’s House of Cars, in which he plays Remy Danton, and the streaming service’s Marvel series Luke Cake, in which he plays Cottonmouth.