Shares
A new trailer for new Netflix series 13 Reasons Why, which is co-produced by Selena Gomez, has been unveiled. 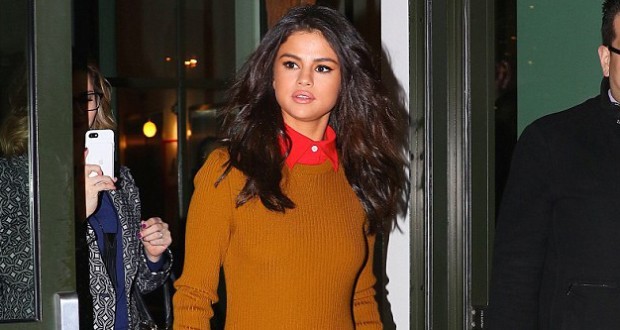 It is based on a popular young adult novel of the same name by Jay Asher. The plot follows a clique of 12 teenagers who gradually learn why a classmate committed suicide through clues she left before she took her own life.

The tale will be broken up into 13 episodes, which will premiere all at once on Netflix.

Gomez has earlier opened up about the struggles she faced just before she checked herself into rehab. Revealing why she has such a personal connection to the story, she said: “I think that my high school experience was amplified. I wouldn’t say it was worse, but it made it harder.

Selena has previously shared a teaser clip for the show on Instagram last month. But a new trailer dropped today (March 1), which you can watch above.

A peek at a passion project I’ve been working on with @Netflix. @13ReasonsWhy arrives 3/31.

Selena Gomez and The Weeknd were also spotted heading out of La Réserve hotel on Monday night (February 27) in Paris, France. Selena was also supporting her boyfriend during his tour and was last spotted at his show in Amsterdam and Switzerland, where she posted a cute video watching the show from backstage: