Shares
Miley Cyrus and Liam Hemsworth are rumored to be planning a summer wedding in the Himalayan Mountains. 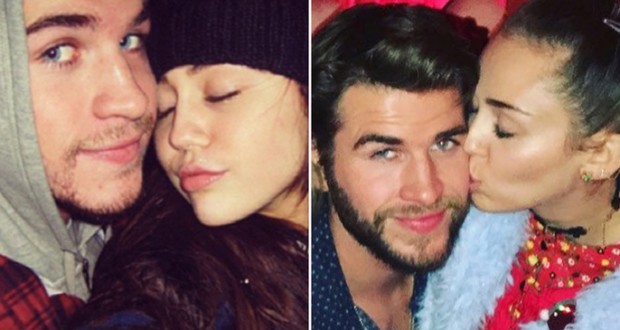 Miley Cyrus and Liam Hemsworth relationship looked stronger than ever as they strolled along Malibu beach on Wednesday, Daily Mail Online reports.

The Wrecking Ball singer, 24, and the Hunger Games star, 27, smoldered in their swimsuit gear as they hit the ocean for a surfing session. 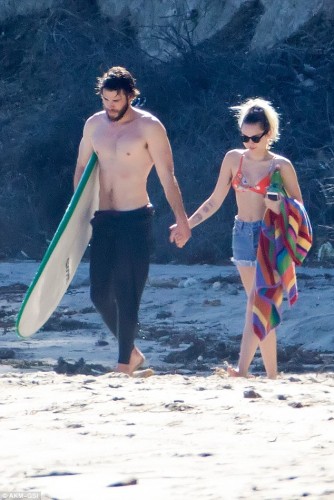 The former Hannah Montana star’s toned torso was on full display as she donned a bright floral bikini top.

She carried a colorful rainbow-striped beach towel while making her way along the sandy coastal front. 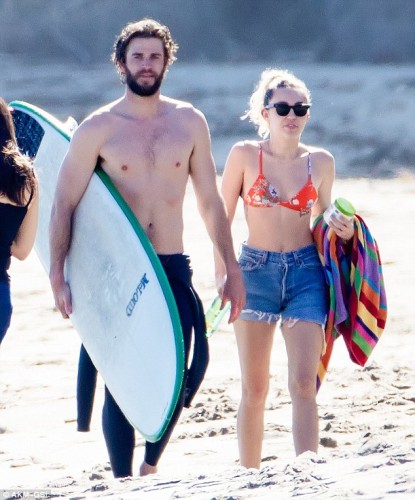 Miley’s signature blonde locks were swept up into a high ponytail and she kept her blue eyes concealed behind a pair of dark shades.

The hunky Australian actor sported a heavy beard and black wetsuit which he partially pulled down around his waist to reveal his fit physique.

Meanwhile, the couple’s afternoon outing comes amid speculation that they are planning a summer wedding in the Himalayan Mountains.

An insider recently told Life & Style: ‘Miley has a real hippie side and wants to embrace that rather than spending millions.’ ‘She wants to focus on the spiritual side of marriage and is very interested in Hinduism.

‘So she is looking at locations in Nepal, where Hinduism is a way of life,’ the source continued.

The wedding will reportedly span over several days, with activities such as meditation and yoga being incorporated into the ceremony.

Another insider told the publication that the couple are also planning to permanently move Down Under following their nuptials. ‘[Miley’s] telling close friends she’ll move to Australia next year.’

‘She loves the laid-back lifestyle there. She feels right at home,’ the source added. The pair first met in 2009 on the set of their movie The Last Song.

They became engaged in 2012 only to break it off a year later, before reconciling in 2016.