Shares
As The Americans returns Tuesday for its fifth season, the FX drama's fictional Soviet spies are competing for attention with real Russians. 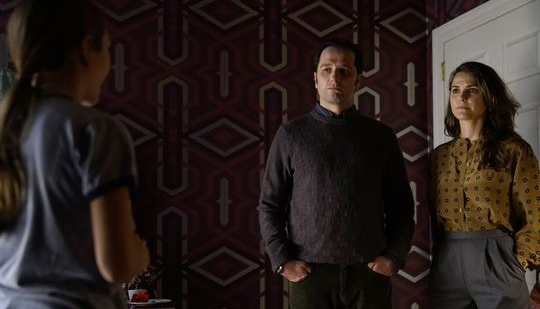 Investigations into Russian interference with the U.S. presidential campaign and ties to Donald Trump’s advisers may bring extra attention to the Emmy-nominated drama (10 ET/PT), but “that has been a very unwelcome turn of events for us,” executive producer Joe Weisberg says to USA Today.

“The show was conceived at a time when Russia was at peace with us and therefore it was easier to look at these characters from this bygone era and say, ‘Now, we can humanize them. Now, we can say they’re just like us,’ ” he says. “That seemed to be working. People embraced these characters. … To have Russia turn into an enemy again is very disconcerting.”

Although current events haven’t affected scripts, and producers are sticking to a series ending they came up with in Season 2, they understand perspectives may have changed.

With four seasons in the bank, they’re not worried that real-world hostilities will cause viewers to turn on the Jennings family.  “We worried about this a lot the first season, given that they’re heroes for the other side. To our surprise, people seemed to go along with it,” Fields says

Maintaining their secrecy — and safety — is becoming even trickier for the Jennings family, as Paige trains to join the family business and is dating Stan’s son, while Henry grows older and potentially less oblivious.

Season 5 burrows deeper into the Soviet Union, too, as Oleg Burov (Costa Ronin), a KGB officer who met with Stan while working in Washington, settles back in the former USSR. His return gives The Americans a chance to explore events from a different perspective.

“For four seasons, we were focused on these characters in America and taking this counter-intuitive look at the Soviet Union only through the eyes of the things we’re showing here, and we suddenly had an opportunity to go into the Soviet Union and see what life was like there,” Weisberg says.

That threat may not be familiar if you’re a contemporary American, Fields says. “But it is if you’re a Russian in the early ’80s and lived through the end of the Second World War and know people who survived the siege of Stalingrad. They knew that starvation could be used as a weapon against ordinary citizens.”