Will Taylor Swift’s upcoming tour include performances by Zayn Malik?

Shares
Taylor Swift is preparing for her musical return and a rumor has hit the web regarding Malik’s possible role in her allegedly upcoming tour. 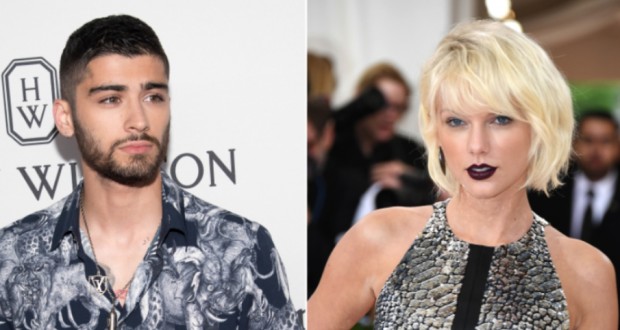 Taylor Swift is preparing for her musical return and as her latest single with Zayn Malik, “I Don’t Wanna Live Forever,” continues to be a hit, a rumor has hit the web regarding Malik’s possible role in her allegedly upcoming tour, Joinfo.com reports with reference to Inquisitr.

Although Malik, the current boyfriend of Taylor Swift’s longtime friend, model Gigi Hadid, has struggled with anxiety for the past several years, a new report claims the former One Direction singer would love to be a part of a future Taylor Swift tour.

“Once [Taylor Swift] comes back with a new album and starts touring again, Zayn would love to join her so they can perform ‘I Don’t Wanna Live Forever’ every night,” an insider said on March 9. “He is obviously familiar with huge tours from his One Direction days and would like to play stadiums again. He actually surprisingly misses the big crowds. You’d think he would be altered by his anxiety, but it is actually more normal for him to deal with huge crowds over intimate settings. He can tune it out better.”

Taylor Swift hasn’t yet announced any plans to go on tour, but for months, rumors have been swirling regarding when her next album will drop. While many fans believed the album would be released at some time last year because of her previous pattern of releasing albums every two years, no album was released in 2016, nor were any plans confirmed.

Taylor Swift and Gigi Hadid have been friends for years, and after Swift had split from Tom Hiddleston at the end of last summer, Swift was seen tagging along with Hadid and Malik in New York City. Months prior, Hadid attended Swift’s star-studded 4th of July celebration in Malibu, California.

Around the same time, Zayn Malik was making headlines after he abruptly canceled what would have been his first solo appearance in the UK at the Capital Summertime Ball. Malik reportedly told fans he was suffering from the “worst anxiety of my career” in June 2016 and months later, he canceled a second appearance in Dubai for the same reason.

“Unfortunately my anxiety that has haunted me throughout the last few months around live performances has gotten the better of me,” he wrote, via Hollywood Life. “With the magnitude of the event I have suffered the worst anxiety of my career.”

“I cannot apologise (sic) enough but I want to be honest with everyone who has patiently waited to see me, I promise I will do my best to make this up to everybody I’ve let down today,” he continued. “I know those who suffer anxiety will understand and I hope those who don’t can empathises (sic) with my situation.”

While Taylor Swift’s plans for a new album and tour remain up in the air, her close friend and fellow singer, Ed Sheeran, recently confirmed that Swift has been working on several new tracks and said they might be released at the end of this year.

“[Taylor Swift] isn’t going to be releasing until probably the end of this year — Christmas is the smartest time to release because that’s when everyone buys records,” he said during an interview with BBC News, via a report by Entertainment Weekly.

Throughout 2016, Taylor Swift was said to be working on music, but it was her personal life that took center stage. As fans of the singer may recall, Taylor Swift began the year with DJ Calvin Harris but ultimately parted ways with Harris to pursue a relationship with actor Tom Hiddleston, who she split from in September.