Shares
Moscow names Yuliya Samoylova, a wheelchair user who sang in Crimea after annexation, as the song contest entry held in Kyiv 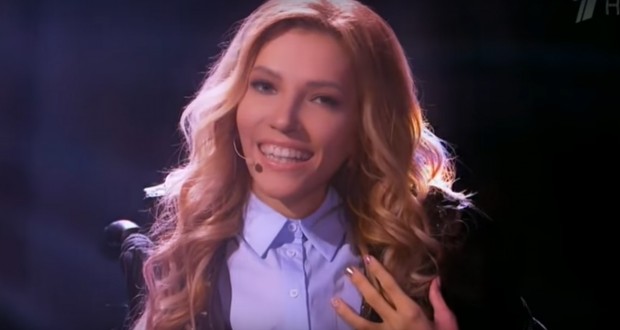 Russia has announced its musical entry for the Eurovision song contest, ending speculation that it might boycott the competition, which this year is being held in Ukraine, Joinfo.com reports with reference to The Guardian.

State TV announced on Sunday that Yuliya Samoylova, who uses a wheelchair, will represent Russia in May with the song Flame is Burning, showing that “neither age nor physical limitations can be a hindrance if people want to achieve something”.

However, controversy quickly engulfed Samoylova on Monday after Ukrainian media reported that she had performed in Crimea following the Russian annexation of the peninsula in 2014.

A Ukrainian spokeswoman said on Monday the news of her performance would mean the security service would have to decide whether to allow Samoylova into the country based on “Ukrainian law and national security interests”.

In November Ukraine banned 140 Russian cultural figures whose “actions or statements contradicted the interests of facilitating the security of our state”. It has also barred figures including French actor Gérard Depardieu for speaking favourably of the Crimea annexation.

Aider Muzhdabayev, deputy director of the Crimean Tatar television channel ATR, said Samoylova had violated Ukrainian law by entering Crimea and called her participation in Eurovision a “cynical and immoral move” by Moscow.

“They’re using this girl as a live bomb in the propagandistic hybrid war against Ukraine,” he said.

Anton Gerashchenko, an MP and adviser to the Ukrainian interior minister, told radio station Govorit Moskva: “If they’re going to use her for a provocation then we will be against [Samoylova performing]. I can’t exclude that actions could be taken by our side to deny her entry.”

In Moscow, Vladimir Putin’s spokesman Dmitry Peskov told journalists that the Kremlin wanted to “avoid any politicisation of Eurovision”, adding: “We don’t see anything provocative here.”

Ukraine earned the right to host Eurovision after Crimean Tatar singer Jamala won last year’s competition with a song about Josef Stalin’s deportation of her people during the second world war.

Her haunting rendition of the ballad 1944 was widely interpreted as a criticism of Russia’s annexation of Crimea, and as she collected her trophy, she pleaded for “peace and love”.

Samoylova, who has said she dreamt of performing at Eurovision as a child, told Interfax news agency she didn’t know if she would have problems getting into Ukraine. “I’m not thinking about this at all,” she said. “My task is to sing the song well, to prepare.”

As a wheelchair user since childhood after a botched polio vaccination, Samoylova got her start performing for oil workers at a restaurant in her hometown Ukhta in the far north and went on to win several singing competitions. In 2014, she sang at the Paralympic opening ceremony in Sochi.

But that performance was overshadowed by the Russian occupation of Ukraine’s Crimea peninsula, which was followed by its support for pro-Russian separatists in eastern Ukraine. The ongoing conflict there has claimed 10,000 lives and kept tensions high between Ukraine and Russia.