Home / Entertainment / Miley Cyrus is NOT married yet, says sister

Miley Cyrus is NOT married yet, says sister 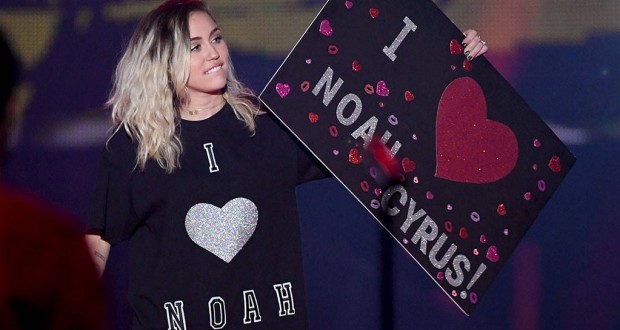 Noah Cyrus has confirmed her sister Miley Cyrus hasn’t tied the knot with her fiancé Liam Hemsworth after their father Billy Ray Cyrus posted a cryptic message on Instagram, Joinfo.comreports with reference to Eyewitness News.

The 17-year-old actress and singer has ended rumours the We Can’t Stop hitmaker had wed the Hunger Games star after Miley Cyrus’s dad Billy Ray Cyrus posted a photograph of the singer in a white dress.

Noah Cyrus said: “She’s not married. [She was] probably just having fun or something.”

And whilst the pair haven’t got married quite yet, Cyrus is thrilled her sister is engaged to Hemsworth as she “loves him”.

Meanwhile, Cyrus is thankful to have two great role models to look up to and praised the couple and her family for being “super supportive” of everything she does.

She added to Entertainment Tonight: “They definitely have been, like, super supportive in giving me as much advice as possible. They’re letting me be who I am … [saying things like] ‘Be your own person,’ and ‘Don’t change for anyone.'”

It comes after Billy Ray Cyrus posted the original picture of Miley Cyrus in a white gown, which he captioned: “I’m so happy…you are happy @mileycyrus (sic)”.

And later he reposted the picture with a new message, which stated: “Whoa! Don’t jump the gun. Been at work #StillTheKing Glad to see so many love @MileyCyrus the same as I do #happy (sic).”

I’m so happy…you are happy @mileycyrus.

Hemsworth and Cyrus started dating in 2009 after they worked on The Last Song together. After a few years apart, they reconciled in 2016.

Of their relationship, a source explained recently: “She is happy with how the relationship with Liam is going. She’s adamant that she doesn’t want to get divorced, so she wants to make sure when she eventually gets married it actually means forever …

“She wants to do some more movies in 2017 and would love to work with Liam. It could be a romantic thing, a comedy or something that they play as characters who hate each other.”