New Trailer For Despicable Me 3 Released

Shares
This time Gru - our villain-turned-hero - is meeting his twin brother, Dru. 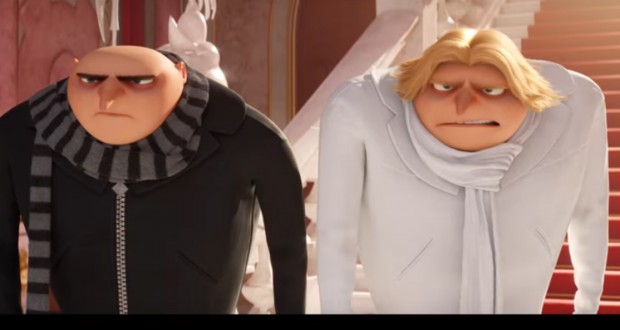 The first trailer for the third Despicable Me outing introduced us to one of the new thorns in Gru’s (Steve Carell) side this time around, flashy, ’80s-obsessed villain Balthazar Bratt (Trey Parker). Now we see what will be the primary story: our villain-turned-hero meeting his twin brother, Dru, Joinfo.com reports with reference to Empire Online.

Yes, his long-lost sibling, who sports an envious mane of blonde hair (not to mention Carell doubling up on voice duty), turns out to be still happily on the villainous side of the family, and tries to tempt Gru back to the dark side with the prospect of a heist.

And, after being fired as a secret agent, it seems Gru is willing to try a life of crime again, which makes his Minions very happy…

With Kristen Wiig, Steve Coogan and Jenny Slate among the voice cast, Despicable Me 3 will be with us on 30 June.See the new trailer below.

See the new trailer below.