Shares
Selena Gomez's ex-boyfriend and current boyfriend have at least one thing in common aside from the songstress.

Justin Bieber and The Weeknd both hail from Canada, which is a fun fact her makeup artist, Hung Vanngo, couldn’t help but chide her for it while he was with her Wednesday, according to E! News.

Vanngo and Gomez were saying hi to countries around the world on his Instagram story when he decided to make an obvious joke about Gomez’s love life as they gave a shout out to Canada.

“All right, allll right….” Gomez responded, laughing the quip off as she jokingly rolled her eyes.

Jokes aside, Gomez and The Weeknd’s relationship seems to be getting more and more serious. They’ve already traveled the world together, traveling to Italy and other countries on the “Starboy” crooner’s tour. Recently, the pair went on a romantic date at Ripley’s Aquarium of Canada, which is in The Weeknd’s hometown of Toronto. 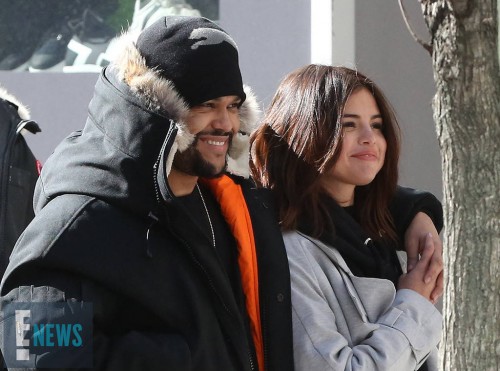 The Weeknd posted a couple of videos of his girlfriend admiring the jellyfish tank to his Instagram story. He also posted a picture of himself looking at the enormous tank.

While touring Toronto, Selena and The Weeknd had a VIP movie night in the city and were also spotted having dinner at the Japanese restaurant Blowfish. A source told E! News exclusively the two made a reservation for 7 pm and dined in a private booth in a secluded area for about an hour and a half. They each ordered a signature cocktail and ordered “quite a bit” of food.

With delicious food and amazing tourist stops, The Weeknd is proving to be an impressive host.