Home / Entertainment / Emma Thompson reveals Trump once asked her out

Emma Thompson reveals Trump once asked her out

Shares
Noted feminist Emma Thompson revealed this week that she once declined a date with the man who infamously bragged about being able to "do anything" to a woman. 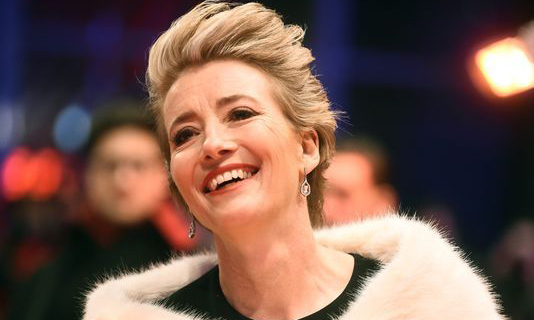 During an appearance on the Norwegian-Swedish talk show, Skavlan, the actress shared that President Trump invited her to stay in one of his properties while she was shooting 1998’s Primary Colors, a political drama in which Thompson’s character paralleled Trump’s future presidential campaign rival, Hillary Clinton, Joinfo.com reports with reference to USA Today.

“I was in my trailer, and it was on the Universal lot. And I had just been divorced (from actor-producer Kenneth Branagh), and my decree absolute had just come through like the day before,” Thompson explained. “Anyway, so the phone rings in my trailer, which it’s never done before. I look at it, and it’s, like, weird. It’s like a moose has just entered in my trailer. …Anyway, so, I lift up the phone: ‘Hi, it’s Donald Trump here.’ I said, ‘Really? What? Can I help you?’ And he said, ‘Yeah, I just, you know, I wondered if I could offer you some accommodation in one of my Trump Towers. They’re really comfortable.'”

Thompson says she then asked, “Why are you offering me somewhere to stay in my trailer?”

According to her account, Trump answered: “Well, you know, I think we would get on very well. Maybe we could have dinner sometime?”

“I didn’t know what to do with myself,” she said to host Fredrik Skavlan. “I was on my own, and I just said, ‘OK, well, um, I’ll get back to you. Thank you so much for the offer.'”

The Love Actually star gestured that she hung up, and says she never got back to the then-actor/businessman.

Thompson, who is now married to actor-producer Greg Wise, replied: “I’ve never met him since.”

“So, you never did this?” Skavlan clarified.

“I wish I had,” Thompson joked. “Think of the stories.”

“You could be the first lady,” Skavlan said of the role now occupied by Trump’s wife, Melania. “You could have stopped him,” another guest wisecracked.