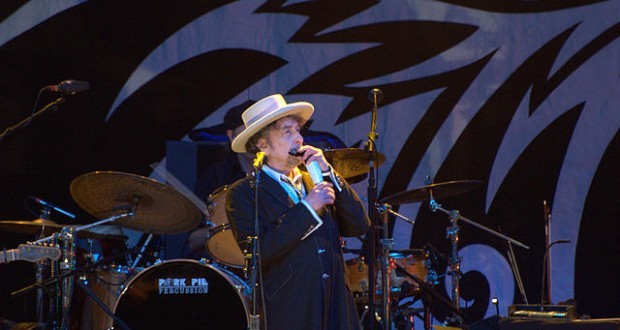 Bob Dylan has finally agreed to accept his Nobel literature prize, the Swedish academy in Stockholm has announced, having turned down his invitation to the original ceremony in December, Joinfo.com reports with reference to The Guardian.

“The good news is that the Swedish Academy and Bob Dylan have decided to meet this weekend,” Sara Danius, permanent secretary of the academy, wrote in a blog post. “The academy will then hand over Dylan’s Nobel diploma and the Nobel medal, and congratulate him on the Nobel prize in literature.

“The setting will be small and intimate, and no media will be present; only Bob Dylan and members of the academy will attend, all according to Dylan’s wishes.”

Dylan is set to perform two concerts in Stockholm, on Saturday and Sunday. Danius didn’t specify if the meeting would be held before or after the concerts.

The first songwriter to win the prestigious prize will not hold the traditional Nobel lecture during the meeting, she said. The lecture is the only requirement to receive the SEK8m (€839,000, £726,000) that comes with the prize.

“Please note that no Nobel lecture will be held. The academy has reason to believe that a taped version will be sent at a later point,” Danius said. According the Nobel rules Dylan would forfeit his prize money if he did not deliver a lecture by June.

Dylan missed the Nobel ceremony in December because of “pre-existing commitments”. In a speech read out by the US ambassador to Sweden Dylan said he was stunned and surprised when he was told he had won because he had never stopped to consider whether his songs were literature.