Shares
Disney released a new promo for Pirates of the Caribbean: Dead Men Tell No Tales, the fifth installment of the franchise, and in it Bloom resurfaces as his William Turner. 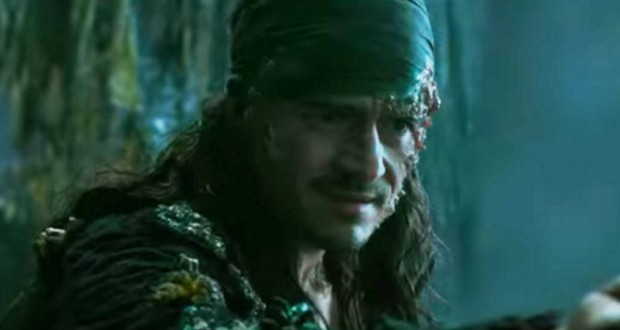 Fans last saw Orlando Bloom at the end of the third movie where he was forced to become the captain of the Flying Dutchman after his heart was cut out and placed in the Dead Man’s Chest.

According to E!News, the rest of the trailer features Johnny Depp as Captain Jack Sparrow, as well as Javier Bardem’s Captain Salazar looking to exterminate as many pirates as he possibly can. No wonder the new tagline reads, “All pirates must die.”

A previous trailer explained why Salazar is out for revenge.

“Pirates had infected the seas for generation, so I vowed to eliminate them all. Jack Sparrow cursed me. I will have my revenge,” Salarazar said.

Dead Men Tell No Tales follows Jack fleeing from Salazar and his deadly ghost sailors that have escaped from the Devil’s Triangle bent on killing every pirate at sea. His only hope of survival lies in the legendary Trident of Poseidon, but to find it, he must team up with scientist Carina Smyth (Kaya Scodelario) and Henry (Brenton Thwaites), a headstrong young sailor in the Royal Navy. Another teaser confirmed Henry to be Henry Turner, William (Bloom’s) onscreen son.