Shares
Kaley Cuoco's Big Bang Theory character, Penny, is a Nebraska native and a big Cornhuskers fan so it kind of made sense that the California-born actress would wind up there herself someday 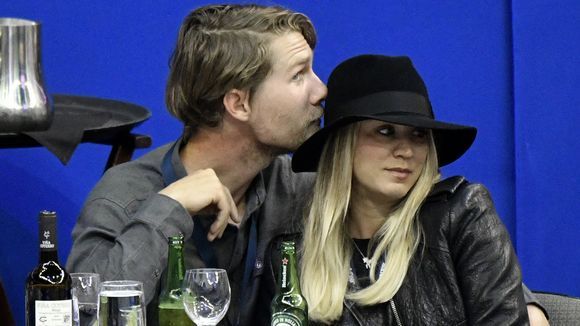 “Finally visiting Penny’s hometown in Nebraska!” Only took me 10 years,” she joked on Instagram Friday, according to USA Today.

The actress, who’s also an experienced horseback rider, was in Omaha with boyfriend Karl Cook, a professional show jumper, for the Féderation Equestre’ Internationale’s World Cup Jumping and Dressage Finals.

Cook was competing but pulled out of the competition Thursday. It was a bummer for Cook but a boon for wire photographers covering the event, who were happy to snap the couple together.

Not the results we we were hoping for this weekend but that’s the beauty of this magnificent sport. It’s a constant challenge no matter what level you are in your riding career… As @mrtankcook says “at the end of the day, it’s all/only about the horse” onward! #horsemanship #lovemyguy (pic taken with my epic @sonyalpha ) @pomponioranch Публикация от @normancook Мар 31 2017 в 8:09 PDT