Shares
Naomi Watts is the Aussie actress known for her laid back lifestyle away from Hollywood. 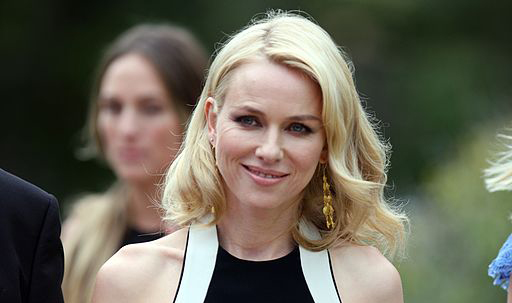 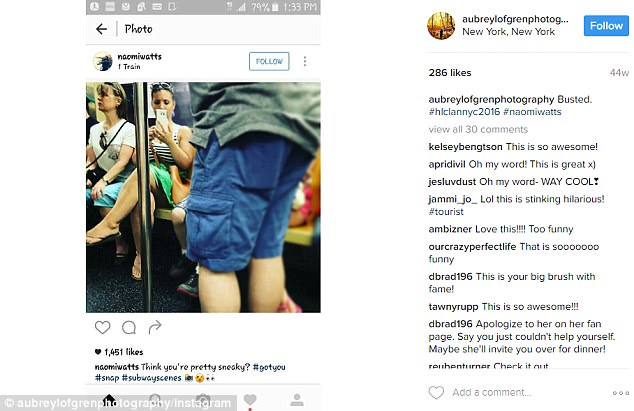 The 48-year-old movie star got revenge on a fan who took a photo of her by sharing a picture of the sneaky snapper with her 667,000 followers on Instagram – the hilarious move since going viral after the fan ‘fessed up to taking the picture, Joinfo.com reports with reference to Daily Mail. 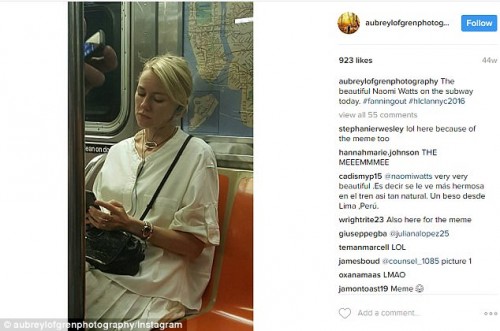 In June last year, portrait photographer Aubrey Lofgren was on holiday in New York City when she spied Naomi Watts sitting opposite her on the Subway.

Snapping a photo of the actress looking at her phone and sharing it to her Instagram account, Aubrey captioned the picture: ‘The beautiful Naomi Watts on the subway today. #fanningout.’

But Naomi wasn’t quite as unaware of the photo as Aubrey thought, sharing a photo of the fan aiming her phone and taking the picture that same day. 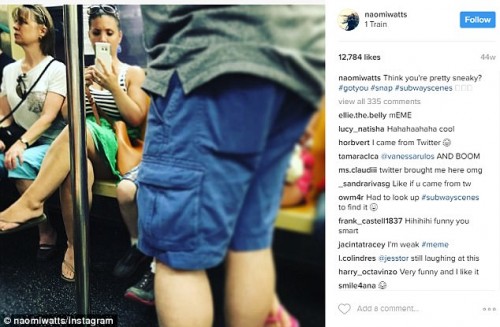 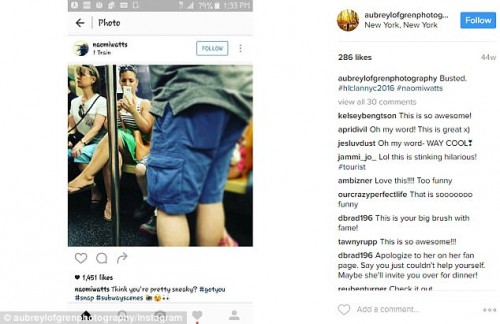 While Naomi and Aubrey’s inadvertent Instagram exchange went unnoticed last year, it went viral on Monday after a Twitter user made the connection between the two hilarious photos.