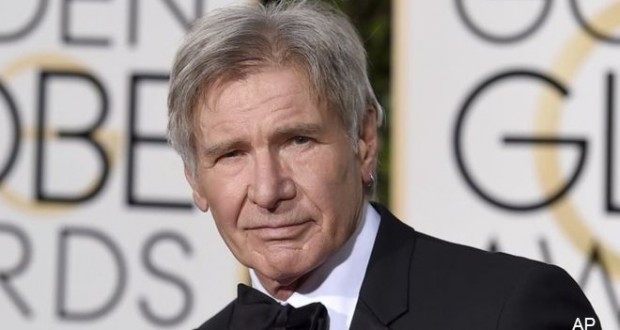 Harrison Ford’s attorney, Stephen Hofer of Aerlex Law Group, said in a statement that the Federal Aviation Administration has concluded its investigation of the incident and found that “no administrative or enforcement action was warranted”, Joinfo.com reports with reference to Variety.

“The Federal Aviation Administration has notified Mr. Harrison Ford that the agency has closed its inquiry into Mr. Ford’s landing at the Santa Ana, Orange County Airport on February 13, 2017,” Hofer said. “The FAA conducted a full investigation into the matter, including an interview with Mr. Ford, and determined that no administrative or enforcement action was warranted. Mr. Ford retains his pilot’s certificate without restriction.”

“In closing the matter, the agency acknowledged Mr. Ford’s long history of compliance with the Federal Aviation Regulations and his cooperative attitude during the investigation,” the statement continues. “Mr. Ford has held a pilot’s certificate for more than 20 years, has logged more than 5,000 hours in the air, and has never been the subject of an FAA administrative or enforcement action.”

The FAA confirmed to Variety that the investigation has wrapped, although the agency didn’t name Ford as the pilot.

“The FAA has completed its investigation of the incident in which a pilot landed on a taxiway at John Wayne Airport on Feb. 13, 2017,” the statement reads. “The FAA does not comment on cases involving individual airmen. Any letters the FAA issued in connection with this case can be requested through the Freedom of Information Act.”

The “Star Wars” actor landed his single-engine Aviat Husky on the wrong runway — a taxiway that runs parallel to the runway he was cleared for (Runway 20-Left) — thereby overflying a full passenger plane, a Boeing 737.

Ford was allegedly heard on an air traffic control recording saying, “Was that airliner meant to be underneath me,” referring to the American Airlines plane, which was reportedly loaded with 110 passengers and a six-person crew.

In another close call, the “Indiana Jones” actor crash-landed a World War II-era vintage plane on Penmar Golf Course in Venice, Calif., in 2015 after its engine failed upon take off. He’s since recovered after suffering a broken arm and minor head injuries.

Watch a video of the incident below.