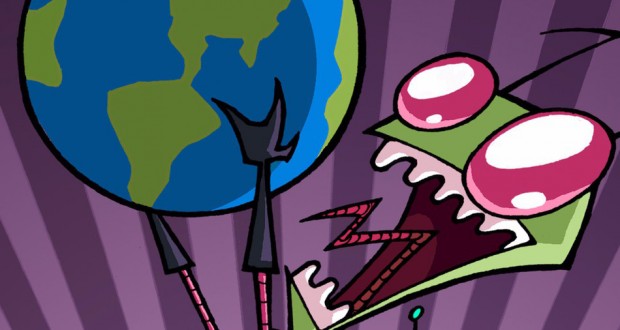 The 90-minute 2D-animated TV movie, produced by Nickelodeon in Burbank, will show the latest and greatest ridiculous attempt at world domination by the universe’s worst alien invader ever, according to Mashable.

The cult series debuted on Nickelodeon in 2001 and despite being renewed for a second season, was canceled before all of its episodes made it to air. The unaired installments later debuted on Nicktoons in 2006, meaning that it’s been over a decade since fans last saw the delusional extraterrestrial on their screens.

The Invader Zim movie is the latest project from Nickelodeon to capitalize on the network’s beloved vault of classic shows, following the Hey Arnold! TV movie and Rocko’s Modern Life TV special, which are both currently in production.

Debuting in 2017, Hey Arnold!: The Jungle Movie, will feature a storyline picking up from where the original series ended in 2004, resolving unanswered questions and plotlines, including Arnold finally getting answers about the whereabouts of his missing parents. The Rocko’s Modern Life TV special will bring back all the show’s classic characters and offer some surprising new takes on life in O-Town.