Home / Entertainment / Meet Moshow, The Man Who Went Viral For Rapping About His Cat

Meet Moshow, The Man Who Went Viral For Rapping About His Cat

Shares
Moshow The Cat Rapper, a Portland-based, Baltimore-born artist told about his cats in an interview with Complex edition 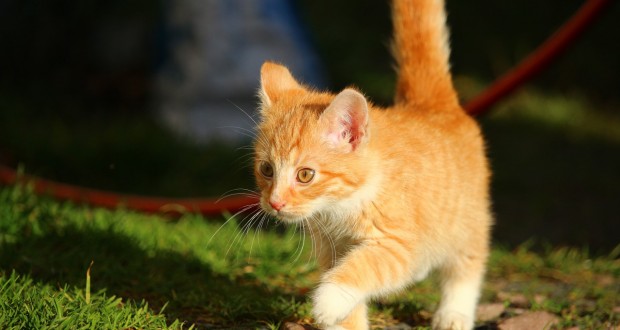 According to Complex, the entire internet rejoiced in unison when this video of a guy rapping while giving his cat a bath went viral to the tune of 1.8 million views; a second cat-bathing freestyle clip is sitting at damn near five million views. There was so much genuine love for the cat, as well as a pretty dope freestyle about cat love, that you couldn’t be angry at the clip.

The rapper in that video is Moshow The Cat Rapper, a Portland-based, Baltimore-born artist who’s been rocking the mic since he was a teenager, told to the edition about his infatuation with felines, how a Baltimore-raised rapper finds himself in Portland, Oregon, and how long he’s been spitting cat bars; first, though, he told about cat hygiene.

As a person who has four cats myself, I’ve never actually given a cat a bath before while I was in the bath. So I think off top, can you break down what exactly Ravioli’s situation is and why you have to take that extra care with Ravioli?

Well, all four of my cats are really, really special. What you’re actually seeing, when you see me in the tub with Ravioli, all four— I call them my kids— all four of my kids are getting a bath at the same time. They are from the sphynx descent; Sushi, Tali and MegaMam they don’t have fur, they have have skin just like we do. With that comes how we get dirty, so if you don’t give them a bath, with them using their litter, just day after day, dirt builds up, it builds up oil on the skin. You have to give them baths as if they were human.

Ravioli’s a German Rex and he still has that sphynx’s descent, he only has his first two layers of fur to his [directum] which is why he’s so curly. If you see him over the course of two or three weeks, his hair starts knotting up and gets real tangly, so he has to get baths once every two and a half weeks or so.

Switching lanes, I read that you actually weren’t an animal lover when you were growing up?

No, I [wouldn’t say I] was not an animal lover, I just didn’t grow up with any animals, so I didn’t know.

Where did that love of cats grow?

Oh, my girlfriend, I’ve known her for over 10 years. We met in college and I used to go over her house and study. She had a black cat named Queenie; she was already a cat lady, she had six cats at home. Queenie would stare at me all night when I would study, over the course of months she got closer and closer, the next thing I know she’s sitting on my lap, and then I fell in love with Queenie.

You moved from Baltimore to Portland. Was there any cat-related reason why you guys moved to Portland?

No, no. I was born and raised in Baltimore and the projects. I was always different; I was that dude in the hood that was into Daft Punk, you know? I managed to make it out and I was going to college at York College in Pennsylvania, that’s where I met my lady.

I’ve been rapping with my cats for six, seven years. I was always [known] in Baltimore [as] that weird dude that just dressed crazy, you know, the crazy guy with the cats. One day, I walked up to my lady and said, “Hey, babe, look. We already don’t feel like we belong here. Let’s just move across the country and go to a place where I just feel like, even if I just say I’m a musician maybe I’ll have a shot.” I wanted to go somewhere I can just create my art and continue to do my thing, so we moved out here. I want to thank the city for rocking with me and pulling with me as hard as they did. It’s been very nice.

It’s interesting that you say that, because recently in hip-hop, Drake just had a song called “Portland” on More Life, and Makonnen moved out to Portland as well to get away from Atlanta. Is it really that much of an inviting city, especially if you aren’t the stereotypical black male in America?

I think it’s down with work. I think anywhere, if you just put in the hard work and stay true to yourself, then I think you have a shot. That’s what it is. I think that I [when] came here, I put in work on being who I am. I’m not trying to be anybody but myself. I love my cats. I love my lady. I love cat ladies. I love cat people. Peace, love prosperity. I represent positivity. I’m not a gangster, that’s not who I am. I think this city loves me because they know I am who I am, and I’m being real to myself.

Were you rapping before you got into cats?

I’ve been rapping since I was 18. When I first came out I was rapping about gangster stuff and it was a life I wasn’t living. I would be talking about [how] I’m going to beat someone up or shoot somebody or something like that. When I would listen to those old tracks, I would be cringing because I knew that that wasn’t me. I just continued to make music, but I started talking about the things that I like to do: hiking or chilling with my animals, just being the positive person that I am. I just decided to rap my actual real life, and this is who I am: I’m the cat rapper.

Do you find like most of your fans are cat lovers?

I think it’s a wide range of people that say, “Hey, man, I don’t even like cats. But yeah, I’m thinking about adopting a cat.” I just did a show in Norman [Oklahoma], and it goes from little kids to old women in their eighties. I’ve had a lot of people walk up to me and say “Hey, son, I’ve never listened to rap music in my life but, I like what you do, you’ve got me listening to your music.”

In your “Cat World” video, I saw you walking one of your cats on a leash. Is that hard to do?

No. Dude, I’m going to keep it real with you. People are asking me how do I train my cats; they’re just really obsessed with me. I’m a full time cat dad. I’ve been rapping with Sushi in my hand since she was two months old. I did a Happy New Year’s 2015 cat rap; she’s a baby and I’m rapping with her.

I don’t have to do anything. I walk in the house, they jump on me, they climb, they go on my hat, I go out and walk, I rap with them in my backpack on my bike. We’re just a family. This is our life.

See also: Adorable cats ‘training scientist’ to bring them food every time they ring a bell.