Shares
Technology is a powerful tool in any creative medium, but what’s cutting-edge today can look awfully silly tomorrow — as evidenced by the hilariously outdated video for Mick Jagger‘s 1987 single “Let’s Work.”14 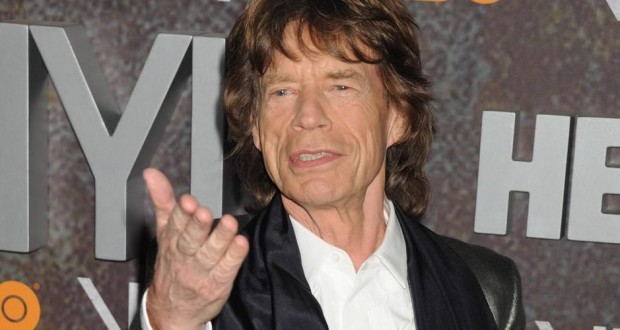 According to the Ultimate Classic Rock edition, the lead release from Jagger’s second solo LP, Primitive Cool, “Let’s Work” found Jagger with a little something extra to prove. Although he was obviously already one of the world’s biggest rock stars, he was also at a creative crossroads; having publicly sparred with his Rolling Stones partner Keith Richards over the amount of time he was willing to give the group, he moved from their Dirty Work album directly into preparations for his next solo release.

While Jagger had more than proven himself as a commodity within the context of the Stones, he was still trying to lay the groundwork for a successful solo career — one that started promisingly with the warm reception afforded his debut, 1985’s She’s the Boss. All of which loomed over the Primitive Cool sessions, which started in late 1986 and found Jagger working with an array of musicians, including Jeff Beck; it may also help explain why the veteran singer, always eager to embrace new tools and pursue new directions, opted to film the “Let’s Work” video using emerging HDTV technology.

The video depicted Jagger jogging down a highway, surrounded by traffic and a crowd of people from various walks of life — although Jagger himself was actually on a New York soundstage, miming in front of a bluescreen.

Using special effects to make it look like actors were doing things they actually weren’t was nothing new in 1987, but what put the “Let’s Work” video at the vanguard was the HDTV process then being pioneered by director Zbigniew Rybczyński. Already an Oscar winner by the time he worked with Jagger, Rybczyński explained to New York how HDTV allowed filmmakers to compose and complete complicated effects shots as they shot, cutting out hours of arduous post-production in the bargain.

Still very much in its infancy at the time, it would become a hugely powerful and influential tool — and “Let’s Work” gave viewers one of their earliest mainstream peeks at the technology in action.

Unfortunately, it didn’t do much for Jagger’s solo career. While he was definitely no stranger to looking silly on video — and it hadn’t stopped him from scoring a hit in the past — “Let’s Work” led off the Primitive Cool promotional campaign with a bit of a whimper, stalling out in the lower reaches of the Top 40 on either side of the Atlantic. The album itself didn’t fare much better, going no higher than No. 26 in the U.K. and No. 41 in the U.S. The next time audiences heard from Jagger, it would be with the Rolling Stones, who rebounded critically and commercially with 1989’s Steel Wheels — and avoided highway jogging in any of the videos for the LP.