Shares
They fell in love shooting the second series of cult TV show Game Of Thrones in Iceland. 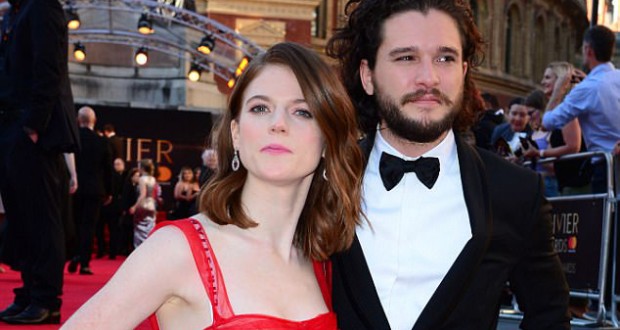 And Rose Leslie and Kit Harington looked as smitten as ever as the good looking couple attended the 2017 Olivier Awards in London on Sunday, according to Daily Mail.

The beautiful stars stayed glued to each other’s side as they giggled together on the star-studded red carpet. 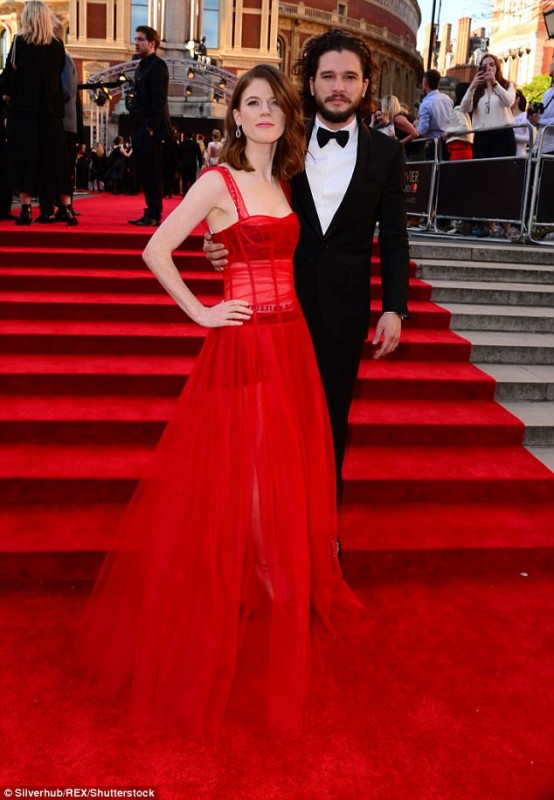 The dramatic dress featured a tight bodice which showed off the Scottish star’s slender physique and flared out into a flowing floor-length skirt.

The 30-year-old actress styled her brunette locks into gentle curling waves and showed off her flawless alabaster complexion.

Kit, 30, looked debonair in a tuxedo as he clung to his girlfriend whom he has been dating on-off since 2012. 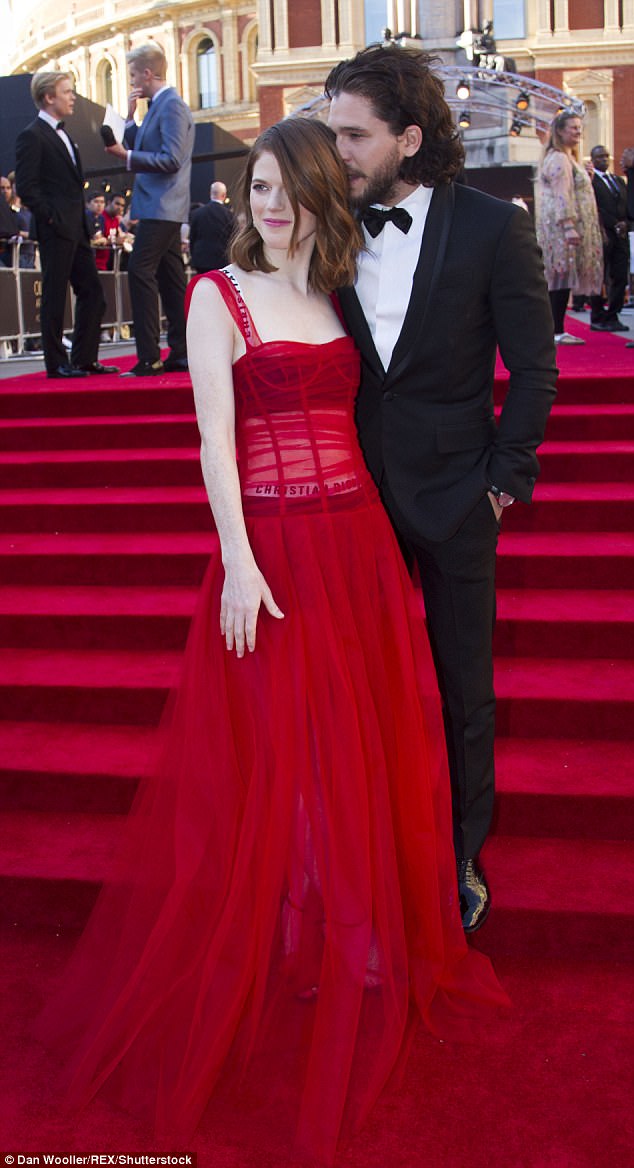 The actor, who plays Jon Snow in Game Of Thrones, showed off the shaggy black hair and beard which has made him a firm favourite with fans.

The London-born star could not hide his delight to be walking the red carpet with his on-screen and off-screen lover as he beamed and whispered in her ear.

Kit opened up about falling in love with the Scottish actress in an interview with Vogue Italia last year.

Although he did not go into specifics, he did admit that he fell in love with Rose, who plays his character’s mistress Ygritte in the show, on set in Iceland.

He told the magazine that the period was his ‘best memory’.

Kit said: ‘The three weeks in Iceland when we were shooting the second season.

‘Because the country is beautiful, because the Northern Lights are magical, and because it was there that I fell in love.

‘If you’re already attracted to someone, and then they play your love interest in the show, it becomes very easy to fall in love.’