Shares
Lucasfilm has debuted the trailer for for the long-awaited sequel to The Force Awakens. 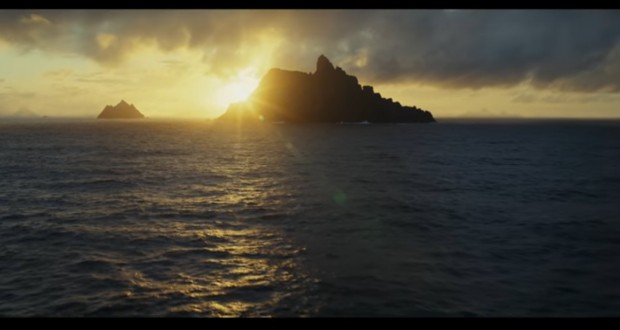 There’s a lot to take in from this brief teaser. Much of the action is set on Ahch-To, the planet that Rey discovered Luke on at the end of the previous film, and it appears that she’s spending some time there training, according to The Verge.

At the end, Luke has a foreboding message: “It’s time for the Jedi to end.”

In addition to Rey and Luke, there are glimpses of Finn in a pod (presumably still healing from his wounds), Poe Dameron running to his fighter, which is caught in an explosion, and a couple of big battles: one on the ground against what looks like First Order Walkers, and a dogfight between X-Wings and TIE fighters.

The trailer is our first look at The Last Jedi, and it looks like it’s picking up from The Force Awakens with just as much energy and action, teasing what looks like some game-changing developments with one of the franchises’s fundamental elements: The Force and Jedi themselves.

Star Wars: The Last Jedi will premiere on December 15th.