Shares
Harry Styles was the musical guest on the last episode of Saturday Night Live, but he made some appearances in skits as well. 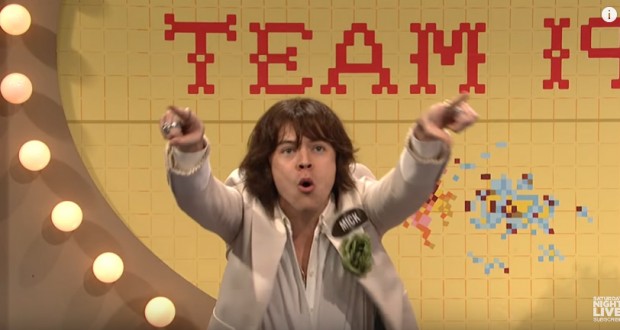 For a Family Feud skit of famous people, Styles took on the role of Mick Jagger and did a pretty good job with the character, according to Heavy.

Check out a clip of the skit below.

For the host Jimmy Fallon’s opening, he decided to do a lip sync performance to David Bowie’s “Let’s Dance” and Styles participated in that as well … but it looked a bit like a funny accident. Check it out in the below video.

Styles also appeared in a soldier skit, singing on the show.

Styles is appearing on the show in order to promote several of his projects. His debut solo album comes out May 12, 2017 and he has already released his first single “Sign of the Times.” Styles is also appearing in a war movie titled Dunkirk, which will premiere this summer.