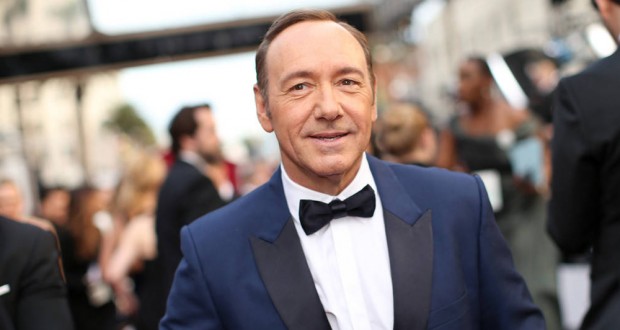 “I was their second choice for Usual Suspects, fourth choice for American Beauty and 15th choice to host this year’s Tony Awards,” Kevin said in a press release, according to E! Online. “I think my career is definitely going in the right direction.”

The actor also tweeted, “Honored to host the #TonyAwards2017…fingers crossed all the envelopes are in order.”

Honored to host the #TonyAwards2017…fingers crossed all the envelopes are in order pic.twitter.com/pmw72VlO5y

Not only has Spacey dominated the award ceremony space recently with Netflix original series House of Cards, but he has actually won a Tony himself. Kevin won Best Featured Actor in a Play in 1991 for Lost in Yonkers. He was also nominated for Best Lead Actor in Play in 1999 for The Iceman Cometh.

While many of us know Kevin from the big screen in movies like Horrible Bosses and 21, he is no stranger to the stage.

See also: Netflix announces House of Cards will return on May 30th for its fifth season.

Along with his Tony win, Kevin was also the Artistic Director of The Old Vic Theatre Company in London for over a decade, in which he would make regular stage appearances. In addition, he starred in both the Broadway and West End productions of Long Day’s Journey into Night.

The nominations for this year’s award ceremony will be announced on Tuesday, May 2. The actual event will take place and be broadcast live on Sunday, June 11 from Radio City Music Hall.