Shares
YouTube has acquired exclusive streaming rights to “Kedi,” a heartwarming and critically acclaimed documentary film about the stray cats in Istanbul, to be available next month on its YouTube Red subscription service. 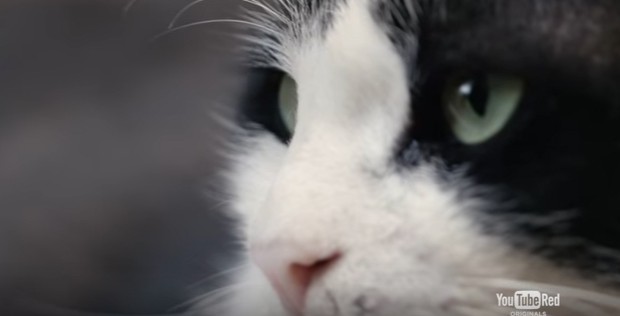 “Kedi” will debut on YouTube Red on May 10, while it will continue its theatrical run in select locations throughout the year. YouTube reached the distribution deal with Oscilloscope Laboratories. The film has grossed $2.4 million to date in the U.S., per Box Office Mojo, making it the third-highest-grossing foreign-language documentary ever (behind 2010’s “Babies” and Wim Wenders’ dance documentary “Pina”), according to Variety.

The film, which premiered at the 2016 Istanbul Independent Film Festival, was produced by Termite Films’ Ceyda Torun and Charlie Wuppermann. Torun also serves as the film’s director and Wuppermann as the cinematographer. The film was executive produced by Thomas Podstawski and Gregor Kewel.

The official synopsis says: “KEDi is not a documentary about house cats or the strays you occasionally see in your back yard. KEDi is a film about the hundreds of thousands of cats who have roamed the metropolis of Istanbul freely for thousands of years, wandering in and out of people’s lives, impacting them in ways only an animal who lives between the worlds of the wild and the tamed can. Cats and their kittens bring joy and purpose to those they choose, giving people an opportunity to reflect on life and their place in it. In Istanbul, cats are the mirrors to ourselves.”

“We know the YouTube audience has a never-ending fascination with all things cats,” said Susanne Daniels, YouTube’s global head of original content. “Ceyda Torun and Charlie Wuppermann’s visually stunning documentary featuring seven charismatic felines navigating the streets of Istanbul has resonated with theatergoers around the world, and it has all the right elements to be incredibly popular on YouTube Red.”

Watch the trailer for “Kedi”: