Star Wars: The Last Jedi poster reveals two massive clues about Rey and The Chosen One

Shares
Star Wars: The Last Jedi poster has two massive clues to Rey being The Chosen One not Luke or Anakin. 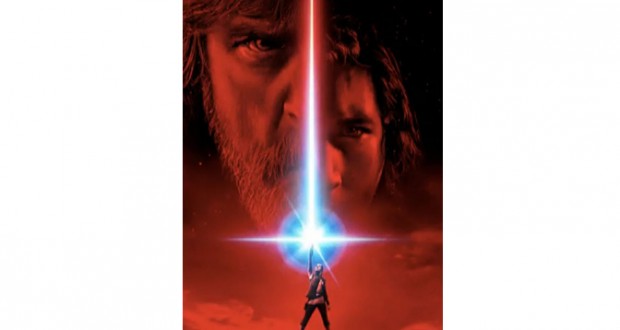 The internet is awash with theories about the future fate of Rey, but some things are staring fans right in the face.
The new poster for The Last Jedi is incredibly simple and yet contains huge potential clues to everything that is going to happen, according to The Daily Express. 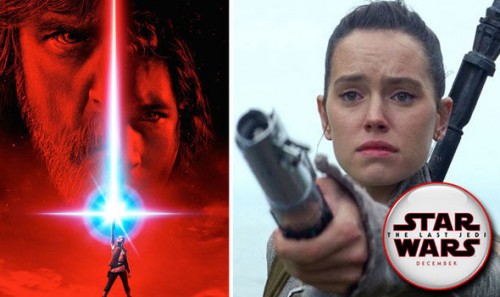 The revelation in the teaser that Luke will end the Jedi Order, added to knowledge of the Journal of the Whills and the ancient Church of the Jedi holds the answers.

For many years it was accepted that Anakin was The Chosen One.

His failure to bring balance to the Force, coupled with the recent finale of Star Wars Rebels where Obi-Wan tells Darth Maul that Luke is The Chosen One have changed everything.

There is a growing belief that The Chosen One might be an evolving concept, most likely carried through a bloodline, but not necessarily.

If Luke is destined to bring balance why is he on one side of the poster, clearly in a position of opposition?

His statement in the trailer: “It is time for the Jedi to end” ties in with the likelihood that he has discovered ancient beliefs about a more universal concept of the Force as blending both sides Dark and Light.

The ancient Journal of the Whills appears to be shown in the trailer along with the voice of Yoda, repeating an ancient truth about the Force.

A famous passage from The Journal of the Whills was used in the Force Awakens novelisation.

It says: “First comes the day, the comes the night. After the Darkness shines through the Light. The difference, they say, is only made right by the resolving of Grey through refined Jedi sight.”

It seems that Luke, like Qui-Gon Jinn before him, may have become a Grey Jedi, rejecting the limitations of The Jedi Order. However he must still stand opposed to The current champions of the Dark Side, Snoke and Kylo Ren. The poster shows him firmly on one side, which is not the position of one who represents balance.

Rey, however, is poised between Luke and Kylo, almost like a set of scales with two opposing weights. This corresponds with those who came before the Jedi.

The ancient Je’daii believed in embracing both sides in their code: “I am the heart of the Force. I am the revealing fire of light. I am the mystery of darkness, In balance with chaos and harmony.”