Shares
The founder of Chinese internet giant Sohu has publicly denied being Taylor Swift's latest squeeze amid talk that the American singer is dating one of China's tech tycoons. 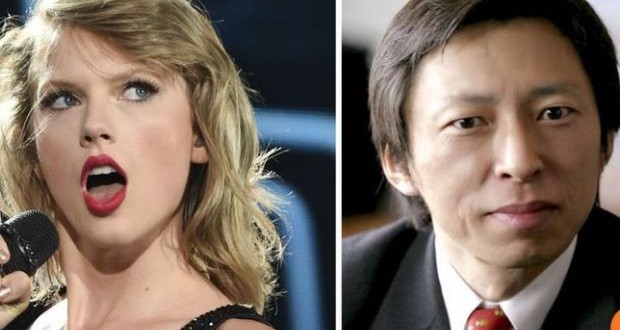 According to The Star edition, Sohu CEO Charles Zhang Chaoyang denied the rumours on Friday morning after Chinese internet users speculated that he could be Swift’s new boyfriend.

“It’s just a rumour. I have no interest in foreign women … I don’t even know who Taylor Swift is,” Zhang said in a video on Sohu’s live-streaming platform, Qianfan.

The rumour about Zhang and Swift had surfaced recently after talk on Chinese social media that “America’s number one singer” was seeing a middle-aged tech mogul in China.

Swift has been described in China as America’s most popular singer and Zhang is in his 50s.

By Friday afternoon, Zhang’s response to the rumours was the top trending topic on microblogging platform Sina Weibo.

Many pointed out that based on Swift’s dating history, she was unlikely to date someone like Zhang.

Swift has been known for her long line of high-profile relationships.

She most recently dated English actor Tom Hiddleston, who acted in the Marvel superhero films Thor and The Avengers.

“All at once, he offended every foreign woman [with his statement],” one internet user wrote.

“It’s not as if Taylor would be interested in him,” another said.

Many Weibo users noted that the original rumour about Swift dating a middle-aged Chinese tech mogul was unsubstantiated to begin with.

Zhang became embroiled in the rumours after internet users and online entertainment media outlets sifted through potential individuals who might fit the description.

Internet users speculated that the tech tycoon would have to be a wealthy and successful leader in the Chinese tech world, a bachelor aged over 35, and have decent English skills.

They reasoned that among all of China’s tech moguls, Zhang best fit the bill.