Katy Perry Serves Up Another Hit Song With “Bon Appétit” 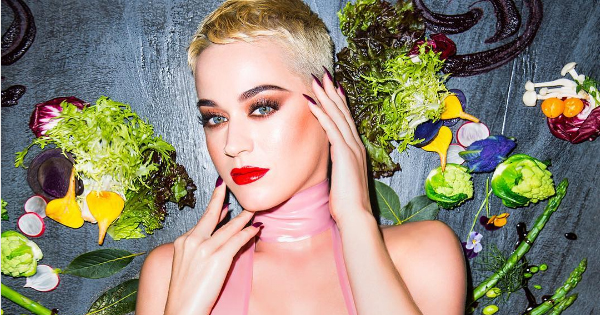 It serves as the second single from her forthcoming fifth studio album (release date TBD), according to E!Online.

In the chorus, Katy Perry purrs, “‘Cause I’m all that you want, boy / All that you can have, boy / Got me spread like a buffet / Bon appétit, baby / Appetite for seduction / Fresh out the oven / Melt in your mouth kind of lovin’ / Bon appétit, baby.” The song features all three members of Migos: Offset, Quavoand Takeoff. Perry co-wrote the lyrics with Ferras, Oscar Holter, Max Martin, Migos and Shellback.

Katy Perry described the song as “pretty sexual” in an E! Live From the Red Carpet interview with Ryan Seacrest at the 2017 Grammys. After releasing the lead single “Chained to the Rhythm,” Perry said she’s “so proud” of her new material and can’t wait to share it with fans. “I think it’s definitely a new era for me,” the 32-year-old pop star said. “I call it an era of ‘purposeful pop.'”

Rest assured, the singer’s new album will have something for everyone.

“You’re going to have some of that good ‘ol Katy Perry, fluffy stuff that you love so much,” Perry promised. “It’s got a wide range of feelings and emotions and I just feel a little bit more conscious than I ever have.”

Fresh out the oven! Listen everywhere: link in profile.

Perry will perform on the season finale of NBC’s Saturday Night Live May 20.

“Bon Appétit” is now available to download and stream.