Shares
Mick Jagger paid tribute to his late ex-girlfriend on what would have been her 53rd birthday. 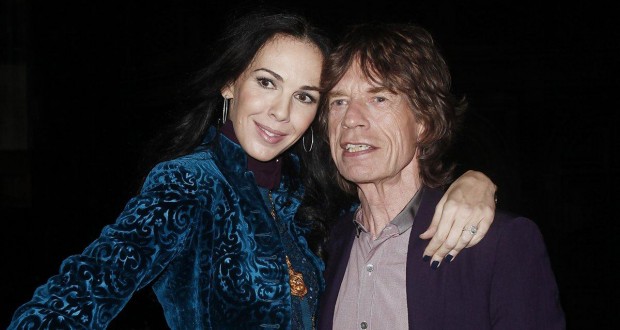 The “Miss You” singer took to Instagram to post a photo of his former lover, L’Wren Scott, who would have turned 53 on Friday, Joinfo.com reports with reference to Daily News.

“Thinking of you on your birthday,” the Rolling Stones front man captioned a photo of the late fashion designer smelling a white rose.

He also remembered her two years ago on what would have been her 51st birthday by posting a gorgeous black and white photo of the leggy model-turned-designer.

Scott committed suicide in her Manhattan apartment on March 17, 2014.

The stylist-turned-designer had been a favorite among stars like Sarah Jessica Parker, Michelle Obama and Olivia Wilde, but after her death it was revealed that her label had been struggling financially.

Thinking of you on your birthday.

Utah-born Scott began dating Jagger around 2001. They made a glamorous couple on the red carpet, and shared homes in London, New York, Paris and Mustique Island in the Caribbean.

Upon learning of her death by hanging, Jagger wrote on his Facebook page at the time: “I am still struggling to understand how my lover and best friend could end her life in this tragic way. We spent many wonderful years together and had made a great life for ourselves. She had great presence and her talent was much admired, not least by me. I have been touched by the tributes that people have paid to her, and also the personal messages of support that I have received. I will never forget her.”

Jagger is now in a relationship with ballerina Melanie Hamrick. She welcomed her first child with the Rolling Stones rocker, now a father of eight, in December.

It was later revealed that the duo had first met backstage at a Rolling Stones concert in Tokyo on March 6, two weeks before Scott’s death.