Shares
The top board for mental health officials has warned against watching it. Paris Jackson, who tried to take her own life in 2013, has also spoken out, calling the show 'extremely triggering' for young people 'in a dark place' 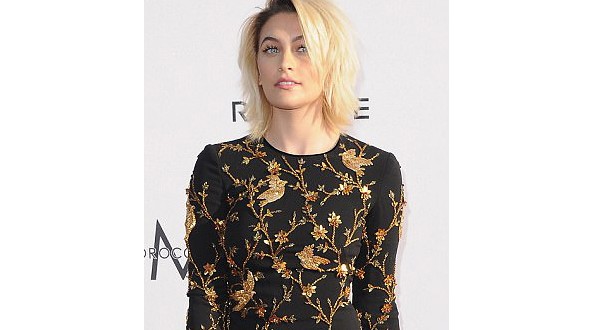 Controversy is building against Netflix’s new popular show 13 Reasons Why, according to MailOnline.

Mental health officials have this week urged teenagers not to watch the series, co-produced by singer and actress Selena Gomez, which hinges on the suicide of a 17-year-old girl.

The warning comes as Paris Jackson, who tried to take her own life in 2013, has also spoken out, calling the show ‘extremely triggering’ for young people ‘in a dark place’.

In the graphic final scene of the show, the protagonist Hannah climbs into a full bathtub with a razor. We see her slice into her skin, we see the blood pour out, hear her cry and struggle to breathe. Then she is still.

The show’s writers have defended the scene as honest.

But in an Instagram post on Thursday, 19-year-old Jackson said that, as someone who has contemplated suicide, the show is an ‘extremely triggering thing to watch.

came across this online and i’m not sure what the source is but this is really important to spread towards people that are struggling with depression or anxiety, self-harm, and or suicidal thoughts. this show was an amazing way to get the message across to bullies that they need to stop doing what they are doing, it really did a good job of showing how impactful words and actions can be to other human beings. you can’t just do or say things to people without thinking about how it will affect them. but at the same time it is also an extremely triggering thing to watch. please only watch this show with caution and keep in mind that it may put you in a dark place. if you are struggling please don’t watch it. if you think you can handle it, please by all means check it out.

She added: ‘Please only watch this show with caution and keep in mind that it may put you in a dark place. if you are struggling please don’t watch it. if you think you can handle it, please by all means check it out.’

Her words came shortly after the National Association of School Psychologists took a clear stance, insisting it is dangerous for young people.

‘We do not recommend that vulnerable youth, especially those who have any degree of suicidal ideation, watch this series,’ the board said in a statement.

Writer Brian Yorkey, who won a Tony Award and a Pulitzer Prize for the musical Next To Normal, which grappled with mental illness, hit back.

‘Many people are accusing the show of glamorizing suicide and I feel strongly – and I think everyone who made the show – feel very strongly that we did the exact opposite.

‘What we did was portray suicide and we portrayed it as very ugly and very damaging.’

The 13-episode drama is based on Jay Asher’s young-adult 2007 bestseller about a high school student who kills herself and leaves behind 13 audiotapes detailing the events that led to her death, including sexual assault, substance abuse and bullying.

Per usual, Netflix released all 13 hours of the series at once – on March 31 – leaving suicide prevention specialists worried teens might binge the entire series without a chance to fully absorb the issues and ask questions.

They also say they wish the show would consistently flash the National Suicide Prevention hotline.

Netflix and the show creators point out that several mental health professionals were consulted and they offer a 30- minute show called ‘Beyond the Reasons’ that delves deeper into the tougher topics portrayed, as well as links to a site with resources.

However, the national board’s warning is hardly the only criticism leveled at the show.

Despite being rated TV-MA, which means is may be unsuitable for children under 17, and three episodes that contain explicit material have ‘viewer discretion advised’ warnings, many say that is not enough.

Critics of the show argue that depression and mental illness – keys to understanding suicide – are rarely mentioned and the fact that its heroine, Hannah, gets to tell her story after her death sends a potentially dangerous message.

They’re also upset that the school guidance counselor depicted on the show seems to blame the victim.

‘Graphic details about suicide we know historically are not recommended,’ said Phyllis Alongi, the clinical director of The Society for the Prevention of Teen Suicide.

‘I understand what the producers are saying but it could really be unsafe and I think we need to be a little more responsible.’

The Jed Foundation and Suicide Awareness Voices of Education joined forces to create 13 talking points for young adults and guardians to discuss while watching the series, including warnings that the way the counselor is portrayed is ‘not typical’ and that ‘leaving messages from beyond the grave is a dramatization produced in Hollywood.’

School systems across the country are alerting parents, making them aware that their teens may be streaming the series, urging them to watch it with them, and providing information to help them talk about it.

In the upstate New York community of Grand Island, school administrators warned that the series ‘sensationalizes suicide.’ Indiana’s largest school district warned in an email that the series ‘does not accurately model what we would want or hope individuals do if they are struggling or in crisis.’

In Maryland, principals in the Montgomery County public school system noticed teens talking about the series and wanted to make sure parents had resources to handle tough questions. A warning letter and links to resources eventually went out to all 35,000 middle schoolers.

‘There’s a lot to take in and digest. If you’re a young, growing mind being informed by what you see, this could have an impact,’ said Derek Turner, spokesman for the district. ‘So we’re giving them tips and tools.’

According to the Centers for Disease Control and Prevention, suicide was the second leading cause of death for children and young adults ages 10 to 24 in 2014.

Dr. Helen Hsu, a clinical psychologist in Fremont, California, whose work involves suicide prevention in schools, helped shape some of the 13 Reasons Why scripts.

She said not showing Hannah’s suicide would be almost ‘coy and avoidant’ and that medical studies aren’t definitive about the risks of suicide contagion. Plus, there are already graphic how-to guides online.

‘If you think your child can’t find this in one second on the internet already in the past 10 years, you are sadly mistaken,’ she said. ‘To say this is going to trigger that is sort of naive. What I really emphasized in the script writing was I said. ‘It has to focus on that it’s not glamorous, that it’s ugly, it’s painful and I really want you to focus on the pain of her parents and the people left.”

While suicide has been depicted on TV shows, the youth of the roles in 13 Reasons Why is pioneering. It has clearly struck a nerve: The show has 340,000 Twitter followers and 2.4 million likes on Facebook.

Gomez, who has talked openly about her own mental-health struggles, said she was braced for a backlash: ‘It’s going to come no matter what. It’s not an easy subject to talk about. But I’m very fortunate with how it’s doing.’

Yorkey said creators wanted to tell a young adult story in ‘a more honest way that it has ever been told on television.’

‘I understand it’s hard to watch,’ he said. ‘It was supposed to be hard to watch because these things are incredibly hard to endure and we wanted to say, ‘These things are happening in kids’ lives. You can keep quiet about them. You can keep kids from watching shows about them. It’s not going to stop them from happening in kids’ lives and you should be talking about that.’