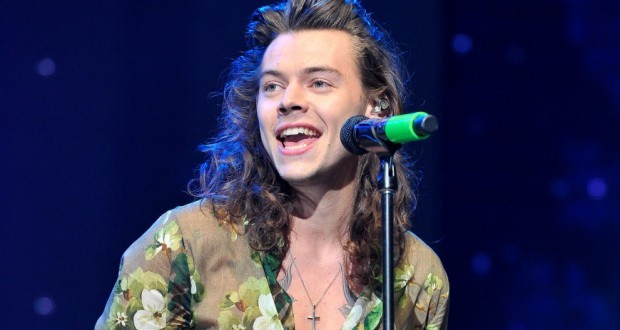 That’s because by using Ticketmaster’s new “Verified Fan” signup program, the One Direction singer saw seven fans register in advance for every one available ticket on his 13-date tour of North America, breaking the record for fan-to-ticket signups on the anti-scalper initiative rolled out earlier this year, according to Billboard.

Harry Styles also went on sale with 10 shows in Europe and six dates in Australia, New Zealand, Singapore and Japan. With registered U.S. and Canadian buyers able to purchase four tickets each, only a small fraction of fans will be able to see the singer on his tour of intimate venues, which include the Ryman in Nashville, the Greek Theatre in Los Angeles and Radio City Music Hall in New York.

Styles is touring in support of his debut self-titled album on Columbia Records, set for release May 12. His latest song, “Sweet Creature,” hit No. 1 on the real time Billboard + Twitter Trending 140 chart shortly after its release on May 2. The song is expected to debut on the weekly Billboard + Twitter Top Tracks chart dated May 20 — a chart where Styles has already hit No. 1 with his debut album’s lead single “Sign of the Times,” and No. 4 with the set’s “Ever Since New York.” “Sign of the Times” also debuted and peaked at No. 4 on the Hot 100.

Styles is the latest artist to try out Ticketmaster’s Verified Fan platform, which requires fans to sign up in advance to purchase tickets, weeding out accounts created by scalpers, bot operators and resellers looking to flip the tickets for a profit. Asking fans to provide their name and email address in advance, Verified Fan uses a process similar to the two-step verification protocol used by sites like Facebook and Google to prove one’s identity. Both Ed Sheeran and Twenty One Pilots have used Verified Fan to power their tickets sales in recent months.

Styles’ decision to play smaller, intimate venues meant the ratio of fan signups to available tickets was higher than it’s ever been since Verified Fan rolled out earlier this year. Although Styles could have played much larger venues for his debut solo run, sources close to the artist say Styles chose smaller venues to give his diehard fans a more intimate performance of material from his new album.

“He wanted to do right by his fans and show them he’s serious about working his new album,” a source close to the Styles tells Billboard.

Styles kicks off his world tour Sept. 19 at The Masonic in San Francisco, wrapping up Oct. 14 in Phoenix before heading to Paris.