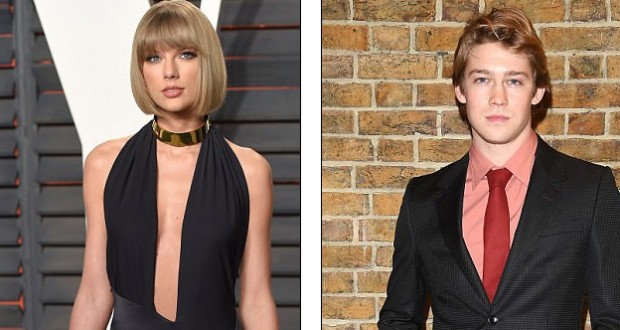 Taylor Swift has been enjoying a secret romance with British star Joe Alwyn, according to MailOnline.

The singer, 27, and the actor, 26, are said to have been sneaking around London in disguise in a bid to keep their budding romance under wraps for ‘several months’.

Taylor and Joe – who still lives at home with his parents – are already very serious, The Sun newspaper has claimed.

A source told the paper: ‘Taylor and Joe are the real deal, this is a very serious relationship. But after what happened with Tom Hiddleston, they were determined to keep it quiet.’

She has been staying out of the public’s eye for three months and, according to the insider, is desperate to avoid the public scrutiny she faced while dating Tom, 36.

Joe is the first person Taylor has been linked to since she split with the Brit and they have reportedly been dating for months.

A friend told the Sun she had only been keeping the relationship secret from the public and the press.

They said: ‘This isn’t a new couple alert or a secret relationship – the only people this has been a secret to is the media because all of us, Taylor and Joe’s closest friends and their families, were aware they have been together for several months and have known each other for a long time.

‘After her 1989 tour and all the attention Taylor received, she learned she had to be more protective of her personal life and she and Joe decided early on to keep their private life private.’

The star has spent a lot of time in the Joe’s native London and has even rented a house in North London where Joe is reportedly a frequent guest. 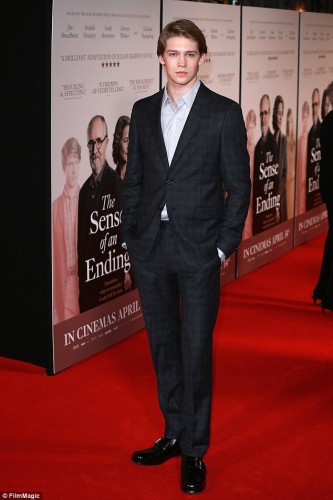 To avoid detection further, the Shake It Off star has been jetting back and forth using her private jet and had security keeping her out of sight at all times.

Two months after his film debut, he landed another major role, in an adaptation of Julian Barnes’ Booker-winning The Sense of an Ending.

He has also appeared in a model shoot with Gigi Hadid, a close friend of the singer.

Joe was educated at the fee-paying City of London School, where Harry Potter actor Daniel Radcliffe also attended, as did Skandar Keynes, who starred in the Chronicles of Narnia film series.

He defended his private schooling, saying: ‘I got there on a combination of scholarship and bursary. And because it offers bursaries and scholarships, you had people from all over. I liked that.’

He later studied English and drama at the University of Bristol and London’s Royal Central School of Speech and Drama.

Until recently he had been playing football for a team on the Hackney Marshes.

Joe, who has only 3,000 followers on Twitter (compared to Taylor’s 84 million), is the son of a psychotherapist mother and documentary-maker father.

Discussing that in an interview with London’s Evening Standard, he commented:

‘When I was growing up my dad was away a lot. He did a lot of work in crisis zones, places like Uganda or Rwanda.

‘When your dad comes back from a faraway land with bows and arrows and spears wrapped up in a carpet…that’s cool.’

But Joe might need to have a thick skin if he wants to date the star as some of her exes have found themselves to be the subjects of some of her songs.

John Mayer was not at all pleased with Taylor’s song, Dear John, which was allegedly about their relationship which ran from December 2009 to February 2010.

He told Rolling Stone: ‘It made me feel terrible. Because I didn’t deserve it. I’m pretty good at taking accountability now, and I never did anything to deserve that. It was a really lousy thing for her to do.’

Swift’s song had the words: ‘Dear John, I see it all, now it was wrong / Don’t you think 19 is too young to be played by your dark twisted games, when I loved you so?’

In an interview following the song’s release, Taylor said: ‘Everyone will know, so I don’t really have to send out emails on this one.’

A source told RadarOnline at the time: ‘Taylor was crushed over Harry the first time they dated, and like she always does, she penned a song about him to deal with her broken heart.

‘I Knew You Were Trouble is one hundred percent about Harry. She knew he was young and popular with the ladies and wasn’t ready for a serious relationship, but somehow hoped she could make it work.’

According to the insider, Taylor penned the track during one of the pair’s break-ups.

‘She was head over heels for Harry so even though she knew he was bad news for her, she gave him another chance,’ the source said.

Taylor sings: ‘Cause I knew you were trouble when you walked in, So shame on me now; Flew me to places I’d never been, So you put me down ,oh… When your saddest fear comes creeping in, That you never loved me or her or anyone or anything.’

In a past interview with NPR, Taylor explained that her song The Last Time is about an experience with an unreliable guy, thought by some to be Jake Gyllenhaal.