Shares
CBS debuted the trailer today, showing off a clip stuffed with plenty of Federation action, spaceships, and a ton of new characters, in a story set a decade before Captain Kirk and Spock ventured out in the Enterprise. 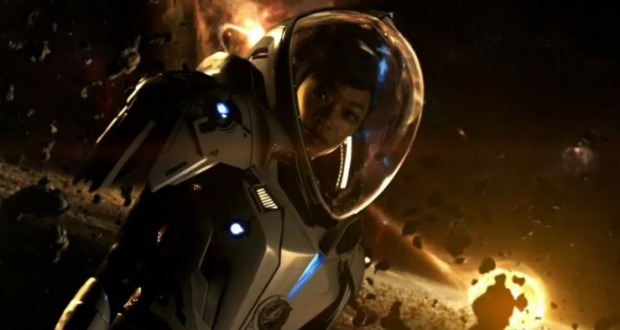 The full trailer for Star Trek: Discovery opens with Michelle Yeoh as Captain Philippa Georgiou and Sonequa Martin-Green as First Officer Michael Burnham walking across a desert planet, Joinfo.com reports with reference to The Verge.

There, Georgiou tells Burnham that it’s time for her first command, and we jump to scenes on the bridge of the Discovery. Over the course of the next two minutes, the ship engages the Klingons, the new cast blurs by, tensions rise, and the character interactions hint at a number of plot threads involving the Federation’s current place in the universe. This show looks as though it has a far more militant Starfleet than the optimistic-explorer group in the original 1966 show.

CBS first announced Discovery in 2015, and revealed a teaser during last year’s San Diego Comic-Con. The show has since run into considerable problems: while it was supposed to begin airing in January 2017, it was pushed back to May, and delayed again earlier this year. Last fall, the show also lost its showrunner, Bryan Fuller, due to his workload, which includes Starz’s American Gods. With this new trailer, the show does seem to be back on track. Deadline notes that the show’s sixth episode is currently being shot, and that the order for the season has been upped from 13 episodes to 15. CBS also announced that it’s greenlit a companion talk show, Talking Trek.

Unfortunately, the trailer doesn’t offer a firm release date: the show is just coming “this fall.” Fortunately, there’s so much going on in this quick initial look that the trailer-analyzer brigade will probably still be combing through it frame by frame when fall rolls around. For those who live in the UK and Ireland, Netflix released a international version of the trailer you can watch here. Just note that it’s region locked for US viewers.