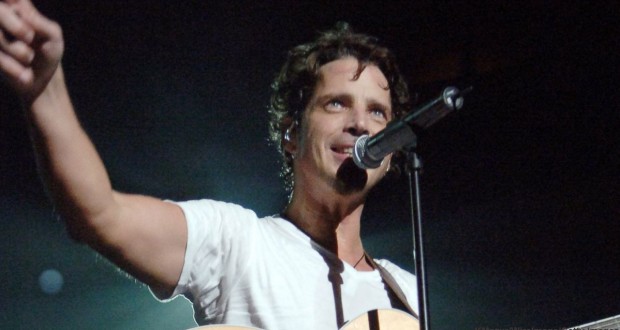 A full autopsy reported has not yet been completed, but the examiner’s office did state in an official release that the “cause of death has been determined as hanging by suicide,” according to ABC News.

Police said earlier that the 52-year-old singer’s death was being investigated as a “possible suicide.”

Detroit Police Officer Jennifer Moreno told ABC News that the singer was found at midnight in his hotel room at the MGM Grand in Detroit after being checked on by a family friend.

Cornell had just performed a concert with Soundgarden at the Fox Theater in Detroit on Wednesday night. He teased the show in a tweet at 8:06 p.m., writing, “#Detroit finally back to Rock City!!!!”

Cornell’s death was first confirmed by his representative Brian Bumbery, who said it was “sudden and unexpected.”

“Chris Cornell passed away late last night in Detroit, MI. His wife Vicky and family were shocked to learn of his sudden and unexpected passing, and they will be working closely with the medical examiner to determine the cause,” Bumbery of BB Gun Press said in a statement. “They would like to thank his fans for their continuous love and loyalty and ask that their privacy be respected at this time.”

Cornell first rose to stardom nearly three decades ago as the lead vocalist of the Seattle-based grunge rock band Soundgarden. In addition to his notable work in bands, Cornell also had a successful solo career.

Soundgarden announced 18 shows as a part of its North American headline tour in late February. The set was scheduled to end on May 27 in Oklahoma, according to promotional material.

Cornell also toured last year with his group Temple of the Dog, which consisted of members from both Soundgarden and Pearl Jam.

Cornell has sold more than 30 million records as a part of Soundgarden, Audioslave and Temple of the Dog, according to his website.