Shares
A very pregnant Beyoncé stripped down to a bikini top and long skirt during her Beverly Hills baby shower Saturday, showing off her twin-sized baby bump. 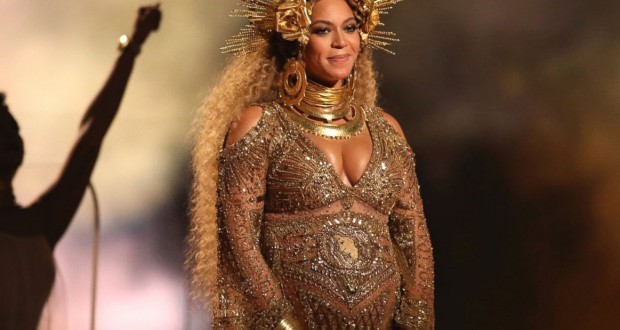 The 35-year-old mega-celebrity, who has yet to reveal the gender or due date of the babies-to-be, has decorated her massive belly with a large henna tattoo, as these photos from her star-studded shower show, according to PageSix.

Beyoncé caused a sensation when she announced in February — to her 92 million Instagram followers — that she is pregnant with twins.