Shares
From venturing on world tours, to charting in Europe and America, the world is hooked on the Korean music scene. Something that a Korean artist was yet to do was win an American award, until today. 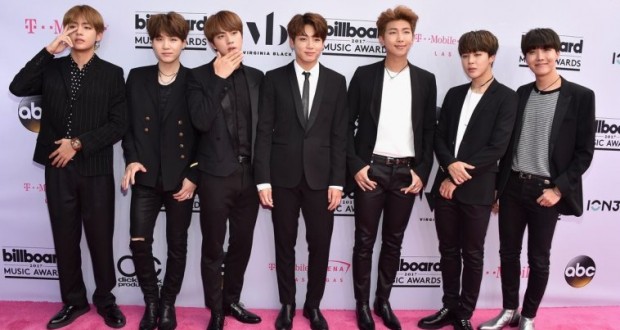 At the 2017 Billboard Music Awards, BTS became the first Korean act to win a BBMA, beating artists such as Justin Bieber and Shawn Mendes for the ‘Top Social Artist’ award, according to Celebmix.

The group can only be described as a phenomenon, as they have become the first Korean act to not only win this award, but be the highest charting album on the Top 200 chart and the first Korean album to chart in the UK. Their most recent concert tour ‘Live Trilogy Episode III: The Wings Tour’ completely sold out within minutes of going on sale, proving their popularity.

The award is not only an achievement for the BTS boys, but for K-POP in general, showing that language and music hold no barriers. We are sure that this is only the beginning for the South Korean group.

Congratulations are in place for BTS tonight for their incredible achievement.