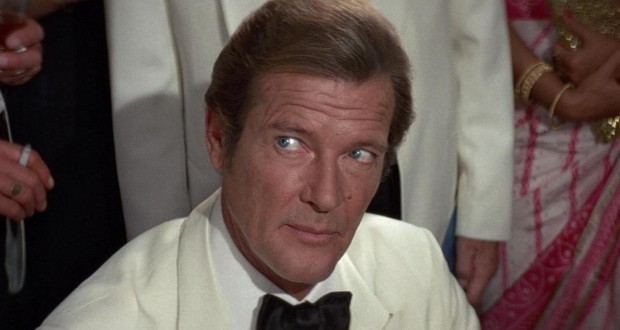 In a statement posted on the actor’s official social media accounts it was revealed that Moore had passed away in Switzerland after a “short but brave battle with cancer”.

Moore was the third actor to play British secret agent James Bond, in seven feature films released between 1973 and 1985.

Born in Stockwell, London on 14 October 1927, he studied at the Royal Academy of Dramatic Arts [RADA], where he was a classmate of future costar Lois Maxwell – the original Miss Moneypenny.

He became aware that he could be a contender for the role of 007 after Sean Connery announced in 1966 that he would no longer be appearing as the character.

He accepted producer Albert Brocolli’s offer to star in the films in 1972, writing in his autobiography that he had to cut his hair and lose weight for the role before starring in 1973’s Live and Let Die.

“Anyone watching could sense that Moore’s Bond cared more about the gadgets and the girls than the mission,” Jason Horowitz wrote for the Washington Post. “Moore seemed to know that trying to control the mission was futile. You just had to go with it and smile…

“In Moore’s movies, there is none of the realistic grit or psychological tension bookended by Connery and Daniel Craig, or the trying-too-hard of Pierce Brosnan and Timothy Dalton. Who else but Moore could accidentally inhale some treasure out of a belly dancer’s belly button, make a funny face and then get into a fist/karate-chop fight.

“Sure, he sometimes missed the face of a guy who nevertheless went flying from the phantom punch. But once you bought in, that was a whole lot better than watching the expensive explosions that have destroyed many latter-day Bond movies.”

“The love with which he was surrounded in his final days was so great it cannot be quantified with words alone,” his family’s statement continued.

“We know our own love and admiration will be magnified many times over, across the world, by people who knew him for his films, his television shows and his passionate work for UNICEF which he considered to be his greatest achievement.