Home / Entertainment / Katy Perry Is Ready to Make Amends with Taylor Swift: ‘We Need to Be Unified’

Katy Perry Is Ready to Make Amends with Taylor Swift: ‘We Need to Be Unified’

Shares
Katy Perry may have just released a diss track about her former friend Taylor Swift, but that doesn’t mean the pop star is looking to keep up their nearly three-year-long feud. 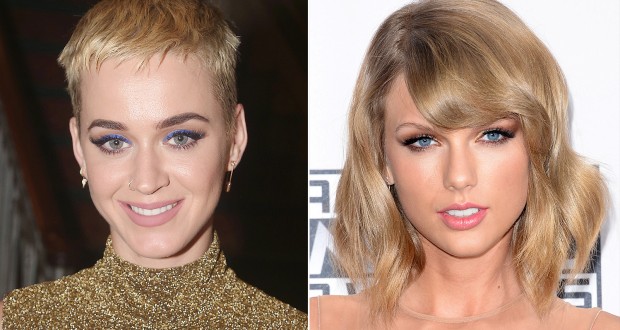 “I am ready because I think when women unite, the world is going to heal,” she said. “I don’t have any beef really with anyone. I love everyone, and honestly I love everyone and I think we need to unite more than ever. I think we see that today especially — like we need to come together and love on each other today.

It’s a nice thought, but perhaps a confusing stance for Perry — who just released a song in which she seems to call Swift  “calculated” and “a joker” among other things.

Still, according to Perry, she made the first move to fix their bond and only came back after a series of jabs made by the “Shake It Off” singer — including Swift’s song about Perry, “Bad Blood.”

“I did try and reach out to [Swift]. I tried to do the right thing, the good thing,” Perry said. “And, you know, she shut me down and wrote a song.”

“It’s so crazy. There’s three backing dancers that went on tour with her tour. And they asked me before they went on tour if they could go. And I was like, ‘Yeah of course. I’m not on a record cycle. Get the work — she’s great. But I will be on record cycle probably in about a year. So be sure to put a 30-day contingency clause in your contract so you can get out if you want to join me when I say I’m going back on,’ ” Perry recounted to Corden.

“So that year came up and I texted all of them because I’m very close with them. And I said, ‘Just FYI I’m about to start.’ And they said, ‘Okay, I’m going to talk to management about it.’ And they did and they got fired. And I tried to talk to her about it and she wouldn’t speak to me. It was a full shut down,” she continued.

In 2014, Swift told Rolling Stone that her song “Bad Blood” was about another female artist, though she has yet to disclose who specifically. “She basically tried to sabotage an entire arena tour,” Swift said. “She tried to hire a bunch of people out from under me.”

And though “Swish Swish” appears to be Perry’s response to “Bad Blood,” the star says it isn’t meant to be seen as an attack but as a song about empowerment.

“‘Swish Swish’ just basically is like, I stay winning,” Perry told SiriusXM. “I just like, you know, I’m above that crap. I’m gonna stay winning. You gonna try to hold me down, I’m gonna come out like a phoenix rising.”