Game of Thrones season 7 trailer has arrived: ‘A great war is coming’ 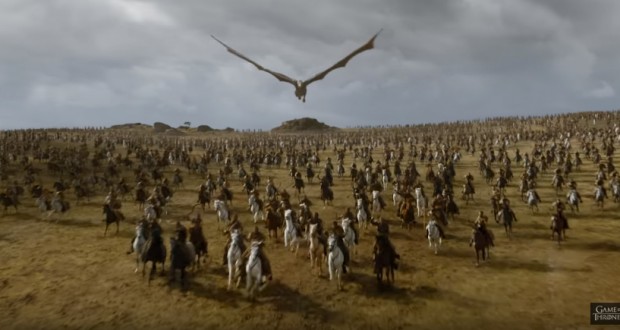 A new trailer for the seventh season of Game of Thrones promises conflict from all corners this summer, Joinfo.com reports with reference to Guardian.

A “great war” also involving Daenerys, played by Emilia Clarke, and Jon Snow, played by Kit Harrington is teased and there’s ample foreboding from Liam Cunningham’s Ser Davis Seaworth: “If we don’t put aside our enmities and bound together, we will die – and then it won’t matter whose skeleton sits on the Iron Throne.”

The penultimate season will contain just seven episodes and aside from the regular cast returning, it’s also set to feature a cameo from Ed Sheeran and a recurring role for Oscar winner Jim Broadbent.

“For a long time we’ve been talking about ‘the wars to come’,” show-runner David Benioff said in an interview with Entertainment Weekly. “Well, that war is pretty much here. So it’s really about trying to find a way to make the storytelling work without feeling like we’re rushing it.”

Game of Thrones creator George RR Martin has also confirmed that HBO are currently mulling over where to take the franchise next with five spin-offs all in discussion.

The seventh season of Game of Thrones begins in the US on 16 July and in the UK on 17 July on Sky Atlantic.