Shares
Paris Hilton found herself a new selfie buddy as Jeremy Meeks dropped by at the same party in Cannes. 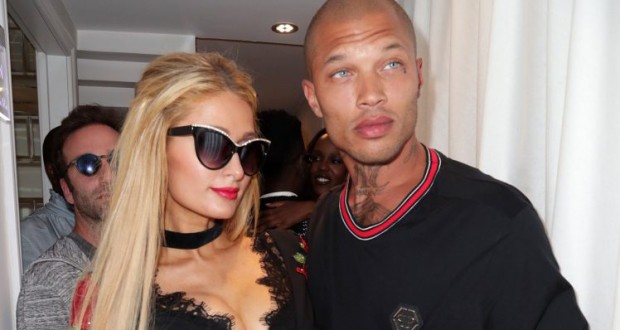 The pair were spotted at German fashion designer Philipp Plein’s bash and certainly seemed to hit it off, posing for a few photos for paps, with Jeremy at one point staring in awe at the 36-year-old multi-millionairess, according to Metro.

And it’s no surprise, as she certainly showed the model how red carpet poses are done. 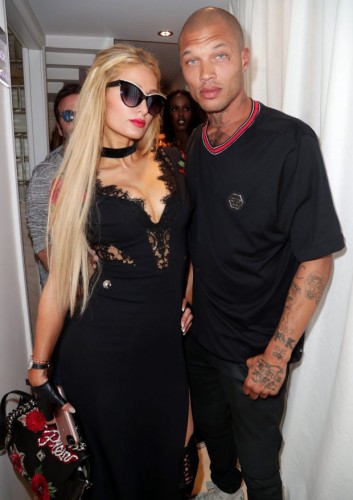 It’s not the first time Jeremy has been in Paris’ company, as she was also in the audience of a New York Fashion show he walked in February.

Sadly for Jeremy, Paris, of course, has a boyfriend in the shape of actor and model Chris Zylka. 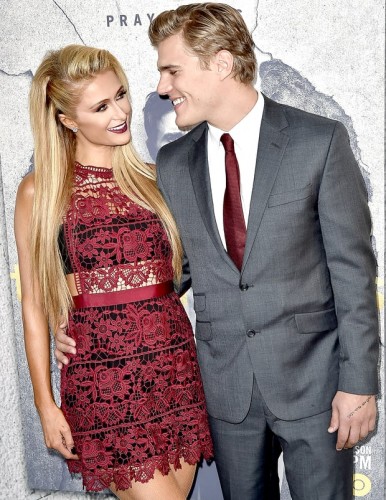 Having been dubbed ‘hot mugshot guy’ or ‘hot felon’ since that mugshot was released in 2014, Jeremy had made a name for himself in the fashion industry.

He was arrested for possession of a firearm three years ago and after his mugshot was posted on the Stockon Police Department’s Facebook page, he only went and landed himself a modelling deal.

In fact, it was Plein who introduced Meeks into the world of fashion shows, having invited him to his AW17 show in New York City in February this year.

Jeremy was also spotted at the L’Oreal Paris Cinema Club party, which celebrated L’Oreal’s 20th anniversary as the official beauty partner of the Cannes Film Festival at the Martinez Hotel Beach.

He was seen partying with French fashion designer Olivier Rousteing.

Neither Jeremy or Paris shared their Cannes moment on their social media pages, but both shared other snaps of them taken at the Plein part last night.