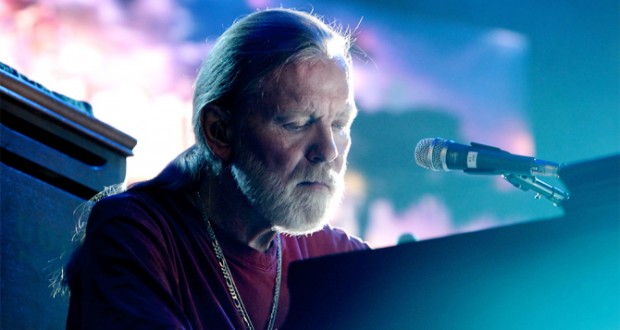 Gregg Allman, whose hard-jamming, bluesy sextet the Allman Brothers Band was the pioneering unit in the Southern rock explosion of the ‘70s, died Saturday due to complications from liver cancer, his longtime manager, Michael Lehman, confirmed to Variety. He was 69.

As recently as April 24, reports surfaced claiming Allman was in hospice, although Lehman denied those reports, which Allman then substantiated in a Facebook post. However, he had suffered a number of ailments in recent years — including an irregular heartbeat, a respiratory infection, a hernia and a liver transplant — and cancelled many scheduled tour dates in recent months for health reasons. Lehman said that Allman’s liver cancer recurred around five years ago, but the singer chose to keep the news private.

Allman completed a solo album, “Southern Blood,” that is set for release late this year. Lehman said they received some final mixes for the album on Friday, and Allman listened to them the night before his death. He added that Allman passed away with his family nearby, and was “at peace.”

For his work with the Allman Brothers, the legendary band he cofounded with his late brother Duane, and as a solo artist, Allman is one of the leading lights of Southern Rock. While the group’s greatest work was done before and shortly after Duane’s death in 1971, they stayed together, off and on, over 45 years and remain a singular influence on Southern rock and jam-band musicians. They were a top-drawing touring outfit until October 2014, when the group finally closed the book on their career with a series of dates at their longtime favorite venue, New York’s Beacon Theatre.

Allman’s solo career always played second to that of the band, but he enjoyed solo success with 1973’s “Laid Back” and 1987’s “I’m No Angel,” both of which were certified gold. In 2011 he released an unexpectedly strong album entitled “Low Country Blues” that was produced by T Bone Burnett (Alison Krauss/Robert Plant, Los Lobos, Elvis Costello, “O Brother Where Art Thou?”), who, along with instrumentalists like pianist Dr. John and guitarist Doyle Bramhall II, brought Allman back to his gutsy roots with stellar results.

With his older sibling, guitarist Duane Allman, the singer-keyboardist-guitarist-songwriter led one of the most popular concert attractions of the rock ballroom era; the group’s 1971 set “At Fillmore East,” recorded at Bill Graham’s New York hall, was a commercial breakthrough that showed off the band’s prodigious songcraft and instrumental strengths.

After Duane Allman’s death in a motorcycle accident weeks after the live album’s release, his younger brother led the band through four more stormy decades of playing and recording. The Allman Brothers Band’s latter-day history proved tumultuous, with other fatalities, disbandings, regroupings and very public battles with drugs and alcohol on the part of its surviving namesake.